KABC
By Alex Cheney and ABC7.com staff
SIMI VALLEY, Calif. (KABC) -- A man fatally shot his mother and the family dog before killing himself in a Simi Valley home where a written bomb threat triggered a neighborhood evacuation, police said.

Simi Valley police said one of the homeowners returned to the residence in the 500 block of Fairfield Road around 7 p.m. Thursday when he found his mother-in-law's body covered in blood on the bottom floor of the split-level home.

There was also writing on the wall that indicated a bomb was inside the home.

A SWAT team and bomb squad responded to the scene, where officers found the nephew of the homeowner's wife and the dog dead upstairs. Both sustained gunshot wounds, according to police. An upstairs window above the garage was broken out, but it is unclear if it is connected to the incident.

Investigators confirmed the nephew killed his mother before killing himself and the family's husky. There was no evidence of an explosive device at the scene, authorities later said.

"Neighbors have noticed a nephew, or a person living there, that had odd behavior," neighbor Cindy Hinds-Miucciohas said.

Authorities identified the suspect as Michael John Cullen, 33. He shot and killed his mother, Esperanza Guadalupe Cullen, 58, of Las Vegas. They had some sort of dispute before the shooting, but investigators have not yet determined the nature of the disagreement. 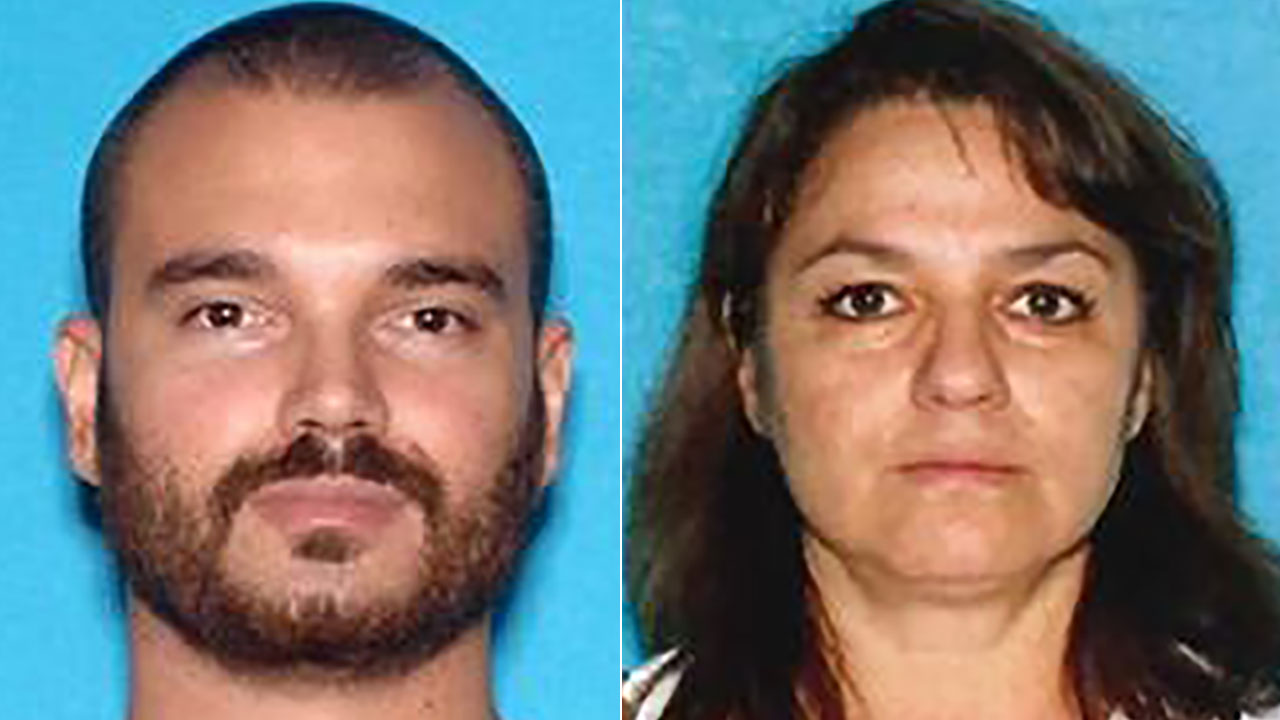 The surrounding neighborhood was evacuated for several hours, but evacuation orders were later lifted.

Hinds-Miucciohas has lived across the street from the home for 19 years and said the family who lived there were good neighbors.

The horrific incident sent shockwaves through the normally quiet community.

"It's really scary, especially in this neighborhood," resident Jenna Clark said. "Wood Ranch is like, nothing ever happens here."