2 bodies found at base of San Pedro cliff identified 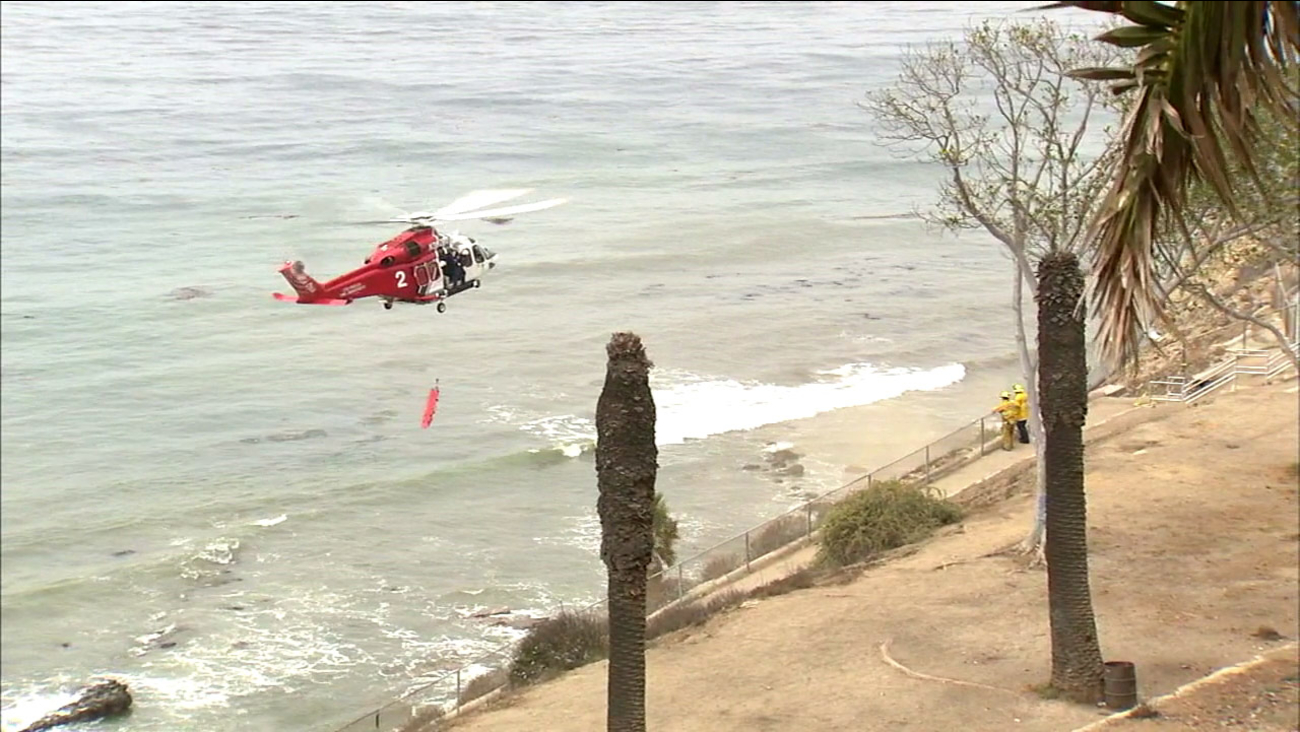 The bodies of a man and a woman were found at the base of a cliff in San Pedro on Sunday, Aug. 7, 2016, according to police.

SAN PEDRO, LOS ANGELES (KABC) -- Two people were found dead at the base of a seaside cliff in San Pedro on Sunday, according to Los Angeles fire officials.

A death investigation was underway in the 900 block of Paseo del Mar after the bodies were discovered at about 10:15 a.m.

Helicopters were used to lift the bodies away from the scene.