KABC
By ABC7.com staff
CRESTLINE, Calif. (KABC) -- Coroner's officials released the identity of a woman whose body was discovered buried in a Crestline cave after someone saw a hand sticking out of the ground.

Thursday night, a report came in regarding a human hand extending from the ground near a glass bottle dumping ground.

Sheriff's deputies found the body inside a small cave dug about 8 feet into a hillside.

Investigators said it appears part of the cave may have collapsed and buried the woman, whose body was recovered on Friday.
Report a correction or typo
Related topics:
crestlinesan bernardino countycollapsebody found
Copyright © 2020 KABC-TV. All Rights Reserved.
RELATED 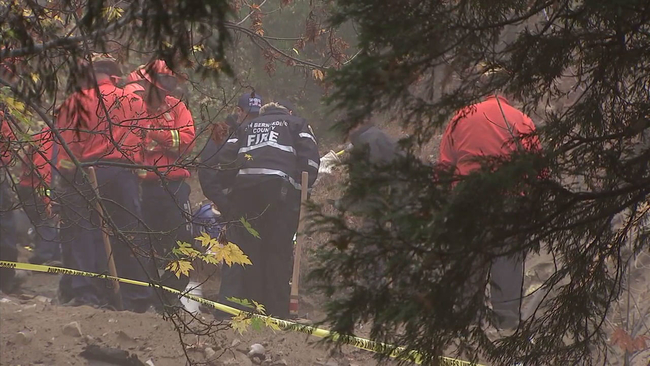