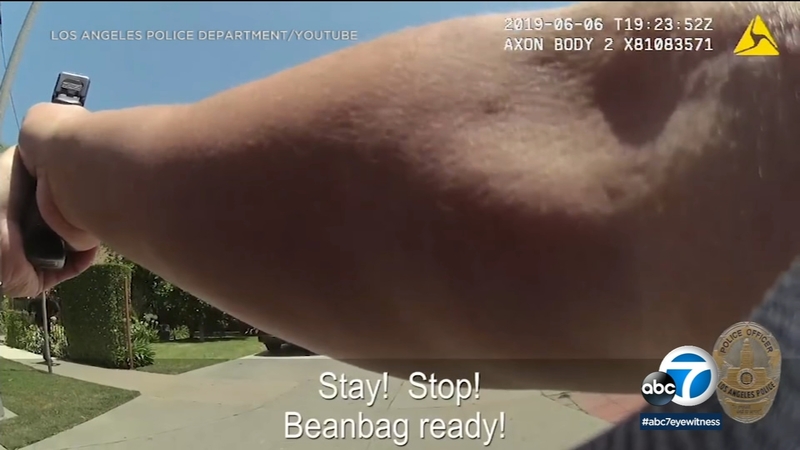 Officers confronted the man, some with guns and one officer with a bean bag rifle.

Officials say police were called to the scene after the suspect allegedly chased people around with a box cutter.

Video shows as the suspect apparently lunged at the officers, while holding the box cutter, and that's when the shooting occurred.