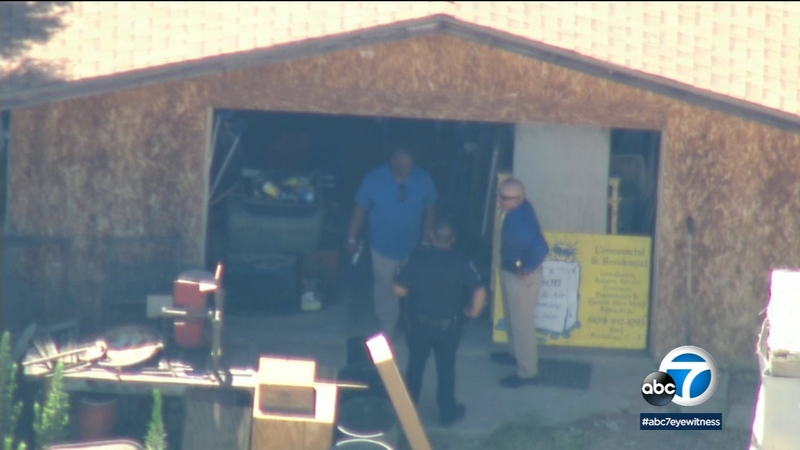 FONTANA, Calif. (KABC) -- The discovery of grenades Tuesday afternoon at a Fontana home prompted the evacuation of several nearby residences and a shopping center, after which a massive cache of firearms was also found, authorities said.

According to Fontana police, officers located the suspicious devices about 8 a.m. in the 8100 block of Banana Avenue while conducting a welfare check on an elderly couple who were living in "uninhabitable" conditions.

San Bernardino County firefighters and sheriff's bomb squad deputies responded to the scene to examine the grenades. At least one device was rendered safe.

@FontanaPD @SBCOUNTYFIRE Sheriff’s Bomb Squad is on scene of a suspicious device on the 8100 Block of Banana Ave. please stay out of the area. We will update when clear. pic.twitter.com/hZSxUFpY2Q

"There is no threat to the community," the Police Department said on social media, while urging the public to avoid the area.

More than 100 firearms that belonged to one of the residents were found in the house's garage, authorities said. No citations or arrests were announced.