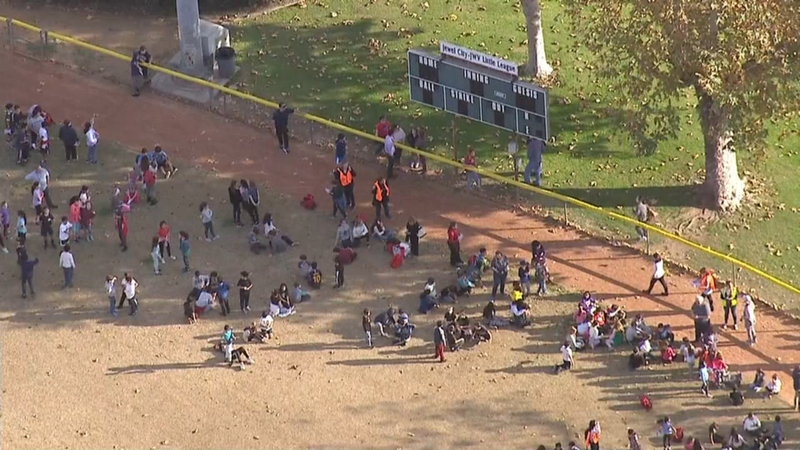 Authorities are responding to separate bomb threats at schools in Fullerton and Glendale.

Troy High School in Fullerton received a bomb threat by telephone around 1:45 p.m. Monday, police said. The call said there were multiple pipe bombs on campus. Officers and a bomb-sniffing dog were sent to search the campus.

By 2:30 p.m., Fullerton police said the campus had been checked and was deemed safe. Students were returned to class while detectives investigated the source of the threatening phone call.

Police were responding to both campuses. Both schools released students early. The pick-up location for Franklin remained the same, while at Verdugo Woodlands, parents could pick up children at Lot 34, 1726 Canada Blvd.

Glendale police said their sweeps at both schools did not turn up anything dangerous on campus.

In San Francisco a bomb threat was made to a high school around the same time Monday and that school and an elementary school campus next door were both evacuated.

There was no immediate indication that any of the threats were related.

***UPDATE***
Troy High School has been checked and has been deemed safe. All students have returned to class as normal.

The source of the phone call is under investigation.

Today 1:45 pm, Fullerton Officers responded to Troy High School in regards to the school receiving a telephone call that there were multiple pipe bombs on campus.

A bomb canine is assisting officers as they search the campus.