Bones found in Mission Viejo backyard determined to be human 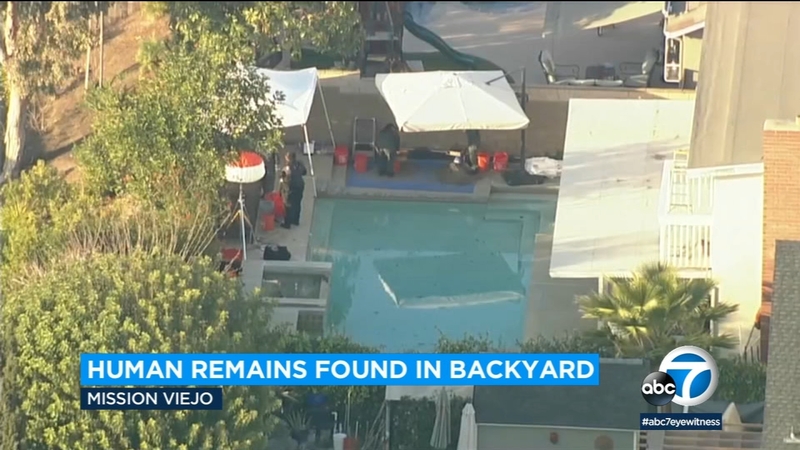 Bones found in Mission Viejo backyard determined to be human

MISSION VIEJO, Calif. (KABC) -- Orange County forensic investigators have determined that bones found this week in a Mission Viejo backyard were from a human.

A homeowner reported finding the bones Monday in the 24000 block of Via Madrugada. Investigators excavated the home's pool deck to dig up the remains and perform forensic analysis.

At the time, officials said they didn't know if the bones were from a human or animal.

Wednesday, experts said they have determined the remains came from a human. The remain were a skull and jawbone found in a plastic bag. The homeowner told Eyewitness News he found the remains buried about three inches into the dirt while he was landscaping.

Experts have not yet determined the person's age, gender or cause of death, or how long the bones have been in the location.

Anthropologists are continuing to analyze the remains. The next step is to try to identify the person if the remains allow for DNA analysis.

Neighbors say the residents of the home have lived there about a year and there have been about three different families living there over the past 15 years.
Report a correction or typo
Related topics:
mission viejoorange countyhuman remains found
Copyright © 2021 KABC-TV. All Rights Reserved.
More Videos
From CNN Newsource affiliates
TOP STORIES