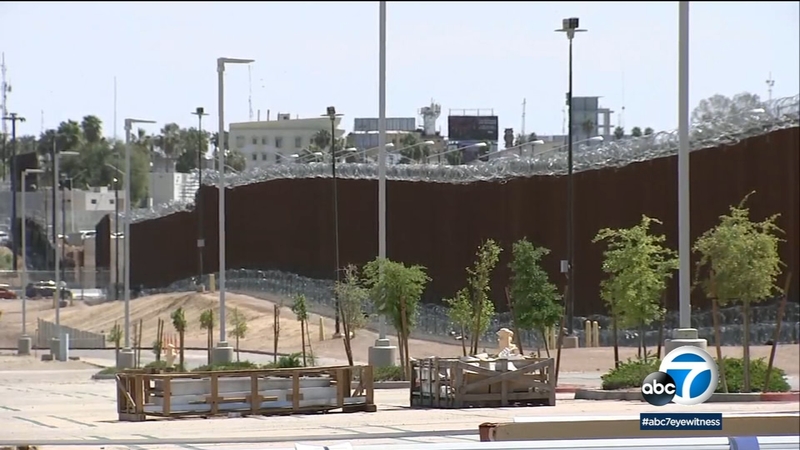 CALEXICO, Calif. -- Two men on a terrorism watch list were arrested after illegally crossing the border from Mexico into California, the U.S. Border Patrol announced Monday.

A 33-year-old man from Yemen was stopped on Jan. 29 a few miles from the Calexico Port of Entry, according to a statement from U.S. Customs and Border Protection.

A cellphone SIM card was found hidden under the insole of his shoe, authorities said.

A 26-year-old man, also from Yemen, was arrested near the same port of entry on March 30.

Records checks determined that both men are on the FBI's terrorism watch list and the U.S. no-fly list, the statement said.

Other details, including their names, weren't immediately released.

The city of Long Beach may soon allow its convention center to temporarily shelter up to 1,000 migrant children, city officials said Monday.

"Part of the Border Patrol's mission states we will protect the country from terrorists," Chief Patrol Agent Gregory K. Bovino said in the statement. "We can never stop being vigilant."