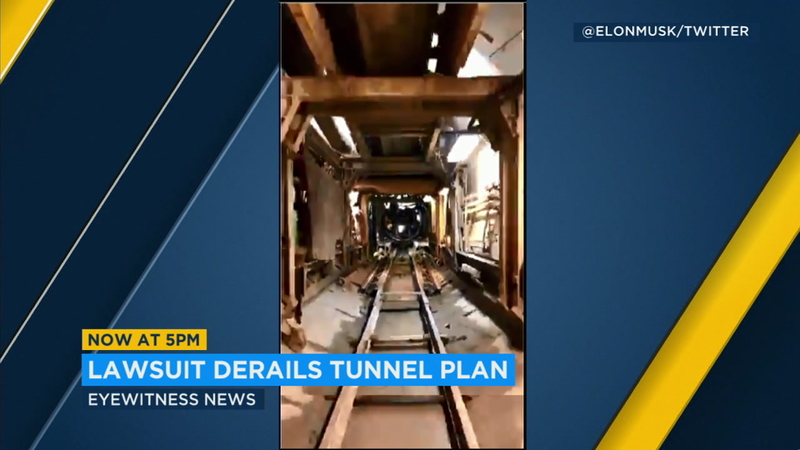 LOS ANGELES (KABC) -- Elon Musk's business The Boring Company reached a settlement with several parties and will no longer seek the development of the Sepulveda test tunnel.

A joint statement was provided by the Boring Company Tuesday.

The residents' groups had challenged the company's lack of an environmental review for the project. The suit was filed shortly after the 2.7-mile tunnel was approved by a Los Angeles City Council committee.

The Sepulveda tunnel would have been under Sepulveda Boulevard from the Boring Company's property and ending near the corner of Washington Boulevard in Culver City.

As for the Dugout Loop, the project was proposed in mid-August as a way to bring fans from neighborhoods west of downtown to the stadium in four minutes.

The 3.6-mile tunnel would take about 14 months to complete, according to the company.