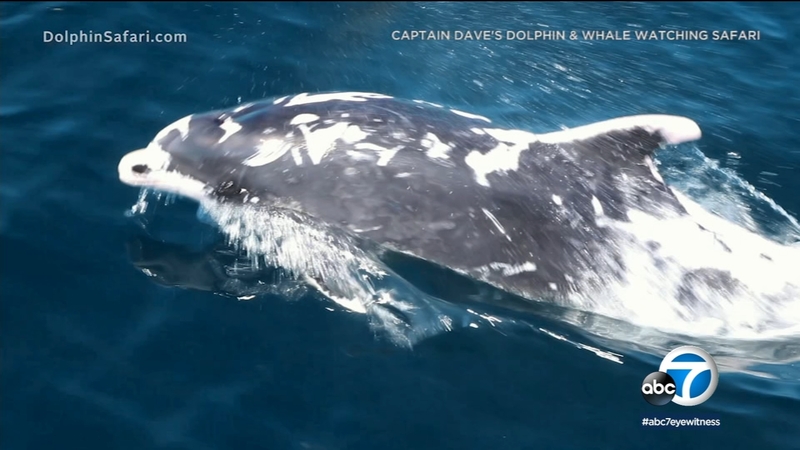 DANA POINT, Calif. (KABC) -- There's been another sighting of the dolphin dubbed Patches.

The bottlenose dolphin with a unique dalmatian pattern was first spotted in the Dana Point area in 2006.

He quickly became a legend, appearing every few years off the Orange County coast.

Patches appeared again during a July 23 outing on one of Captain Dave's Dolphin and Whale Watching Safari trips. It had been nine months since his last appearance.

Most bottlenose dolphins are light to medium gray on top, with white or pinkish tones on their belly.

Patches has uncommon color variations all over his body - which range from dark gray to light pink and white.