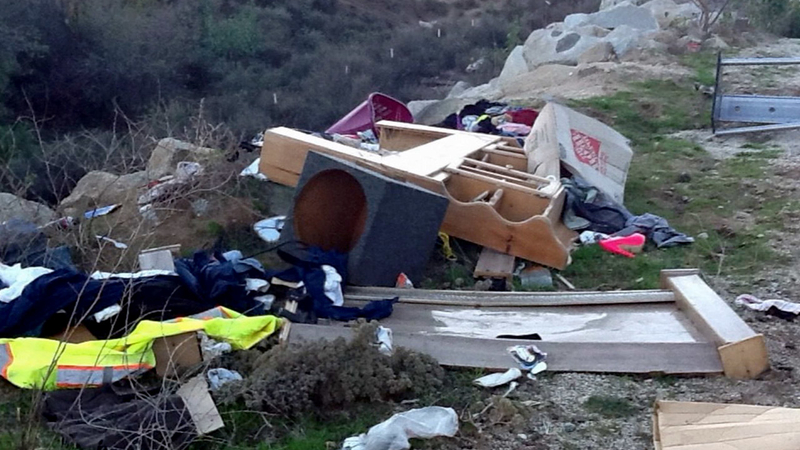 "They come and leave all their trash and their broken beer bottles, beer cans and it looks like a dump," Harris said.

The late-night partyers leave behind an ugly mess: drug containers, condom wrappers and clothing -- all strewn along the trails and park road.

While signs clearly state the park closes at dusk, those rules are simply ignored.

"It's such a nice area, you would think (they would) just leave it alone," hiker Melissa Doolen said.

Residents want police to increase patrols and install a gate at the bottom of the road where the park starts. A year ago, they even asked Riverside County transportation officials to install a remote access gate at Gawn Trial Road and offered to pay for it.

"They're sort of pacifying us. They're listening, but we have seen no action," Moreno Valley resident Kristina Zaragoza said.

It also stated, "Placing a gate would block access to a public road and would pose a liability if emergency services teams could not respond quickly to a locked gate."

For now, residents have posted a sign in the hopes it will curb some of the late-night activities.

It reads: "Slow down. Turn music down. Keep your trash in your car. Keep your clothes on. Smile."