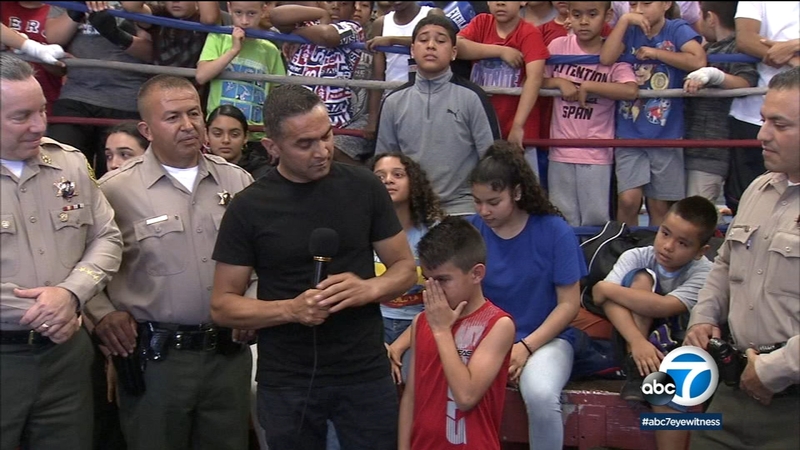 You don't want to mess with 9-year-old Ethan Quiroga. He's only been boxing for a few years, but his hard work training five days a week has paid off.

Quiroga is the youngest boxer from the Century Sheriff's Boxing gym headed to the National Junior Olympics later this month in Wisconsin.

"I have an opportunity that others don't have. I love coming to this gym. I like them all supporting me. To come here and train with my coach, it's an honor for me," said Quiroga.

The gym is a second home for the 4th grader. It's part of the LA County Sheriff's Department Youth Activities League, a non-profit that teaches kids how to box and coaches them in tournaments. Sheriff Villanueva presented Quiroga with a check for $1,000 dollars to help him cover expenses at the junior olympics.

"Something that I never thought was going to happen," said Quiroga.

Ethan, who lives in South Gate with his dad and two brothers, says he took up boxing because he was being bullied in school, but never thought it would turn into a passion that has helped him in every part of his life.

"Very thankful and I hope we get our job done and in the future we just keep supporting other kids. Ethan always says stuff like, when I grow up, I want to help other kids too," said Hugo Quiroga.