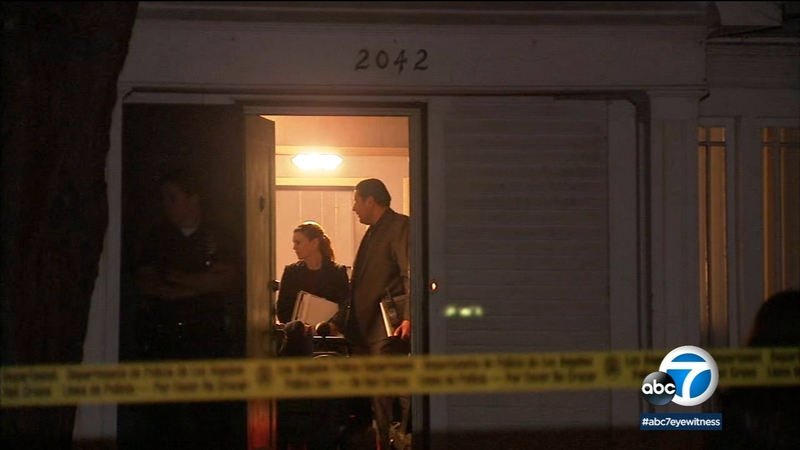 Boy, 5, dies after accidentally shooting himself in Leimert Park

LEIMERT PARK, LOS ANGELES (KABC) -- A 5-year-old boy died when he apparently shot himself by accident at a home in Leimert Park on Wednesday, officials say.

The Los Angeles Fire Department says the 5-year-old child died after shooting himself.

Police say the boy, whose first name is Justice, is a foster child who was in the home of his legal guardian.

Neighbor's say the boy's legal guardian at the home is a family member.

"We've known them and grew up with them and knew all the children," said neighbor Renee Henry. "Just a very decent family. We're just so devastated."

There were two other children under age 12 in the home with an adult at the time of the shooting.

Police are investigating how the child gained access to the gun and have not determined whether any criminal charges could be filed.

Because the foster care system is involved, the Los Angeles County Department of Children and Family Services is also involved in the investigation, looking at issues such as whether there is any danger to the other children in the home.
Report a correction or typo
Related topics:
leimert parklos angeleslos angeles countygun safetyhomicideshootingchild killedchild shot
Copyright © 2021 KABC-TV. All Rights Reserved.
More Videos
From CNN Newsource affiliates
TOP STORIES