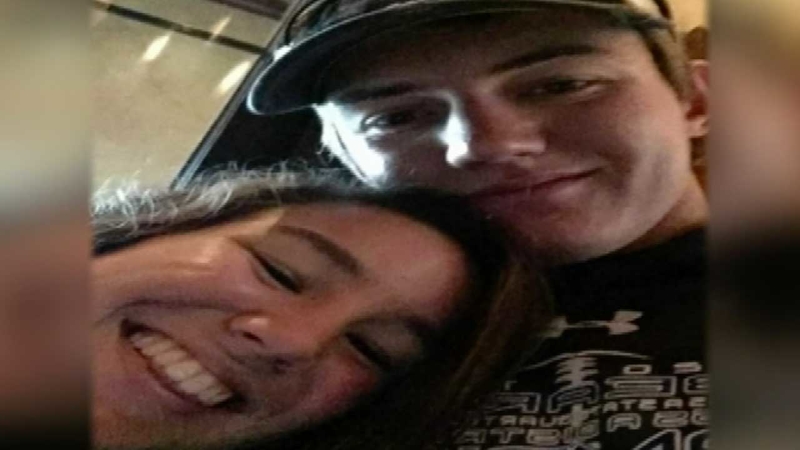 Boyfriend of college student missing almost a week speaks out

BROOKLYN, Iowa -- The boyfriend of Iowa college student Mollie Tibbetts is not a suspect in her disappearance, authorities said.

Authorities also said Wednesday they're not ruling out abduction, according to WOI.

"This is not like her," he told WOI. "If this is her running off, nobody would've seen it coming. Nobody in the world. Not her family, not me, nobody would've ever guessed that she just take off and not tell anybody."

Tibbetts, 20, has not been seen since she went on a jog in Brooklyn, Iowa, on July 18, authorities said.

THE LAST HE HEARD FROM HER

Jack last saw Tibbetts on Monday, July 16, he told ABC News. He then drove to his job at a construction company in Dubuque. ABC News reports that his job is about 100 miles away. Tibbetts was staying at his house, where she was dog sitting.

Around 10 p.m. last Wednesday, Jack opened a SnapChat message from his girlfriend. He said when he opened it, he expected to talk to her again soon.

"It was just a selfie with a caption, and I don't remember what the caption said," he said. "It looked like she was inside."

It's unclear what time Tibbetts sent the message, but Jack told ABC News that it would have been part of her routine to go running a few hours before the time he opened it.

Whenever she went for a run, she would have had her phone and her fitness tracker with her, he said.

"She probably has on her Fitbit because she never takes it off. She uses it for the sleep tracker and for all her runs and everything," he said. "She probably has her cell phone, but it's either off or dead, and we've tried calling it obviously and it goes straight to voicemail."

Jack said he was still away and didn't know anything was amiss the next morning, and he even sent her a message. On Thursday afternoon, he got a call from her coworker.

"She said Mollie had not called into work that day and she hadn't showed up, and then I looked at the messages and she hadn't opened or read the message," he said. "And then I started getting in contact with her friends and family, saying, 'Have you seen her or heard from her?' And they all said the same thing. 'No, we haven't heard from her since yesterday.'"

Jack said that when Tibbetts' mother called into the hospital and she wasn't there, he drove back to Brooklyn.

Since then, hundreds have joined the search for Tibbetts. Poweshiek County Sheriff Thomas Kriegel said Brooklyn is a close-knit farming community where everyone knows everyone. He doesn't remember anyone in the community ever going missing this long, but he said the rural area makes the search hard.

"We're surrounded by farm ground -- corn and soy beans. Right now the corn is probably eight, nine feet tall. The only way you can search it is basically walk down every other row," he said. "It's difficult. Even the planes flying over have a difficulty looking down in the corn rows."

'THE SWEETEST KINDEST MOST CARING PERSON'

Tibbetts, the middle child in her family, is due to start her sophomore year at the University of Iowa in the fall. Her mother, Laura Calderwood, said she's full of hope for her future.

"She is just such an outgoing, fun, loving life, loving person," she told ABC News. "She was getting ready to move into her first apartment."

Even sooner, Calderwood said Tibbetts had plans to go to the Dominican Republic with Jack for his brother's wedding. Calderwood told ABC News that the closer it gets to August 2, the more she thinks of Jack's family.

"I'm thinking about these two people that are getting married that were also really close to Mollie. (It's) supposed to be the happiest day of their life," she said.

Jack and Tibbetts have been together nearly three years, he said.

"She's the sweetest, kindest most caring person that I've ever met in my life," he said. "I've never seen her do anything like an act to hurt anybody ever, and I've known her for three years and I spend pretty much every day with her."

He said that if Tibbetts can hear him, he has a message for her.