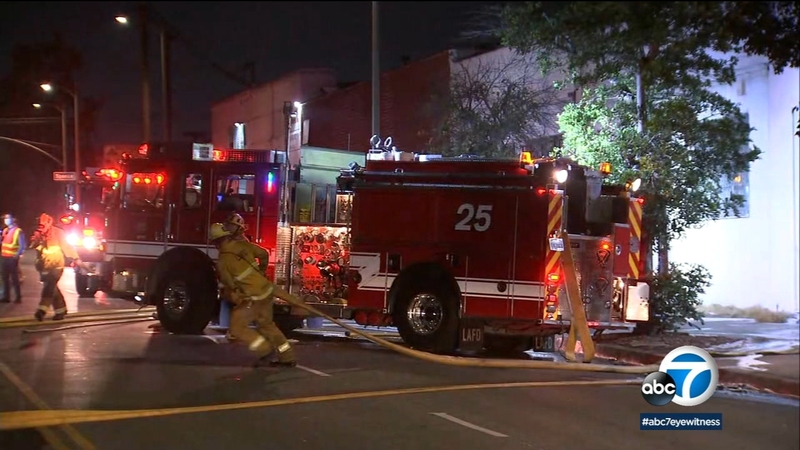 BOYLE HEIGHTS, LOS ANGELES (KABC) -- A marijuana grow was discovered inside a commercial building in Boyle Heights Wednesday morning after a fire ripped through the structure.

Firefighters responded to the fire on the 3500 block of Olympic Boulevard just before 3 a.m. and extinguished the flames in less than an hour. Firefighters made their way inside the building and encountered heavy smoke with very little visibility, according to Margaret Stewart with the Los Angeles Fire Department.

Fire crews discovered the marijuana grow operation in the building and a large air conditioning unit had fallen through the roof, Stewart said.

A department HazMat team was sent to the scene due to the discovery of bottles of unknown chemicals and gases inside the building, she said.

No injuries were reported. Arson investigators were called to the scene per department protocol.