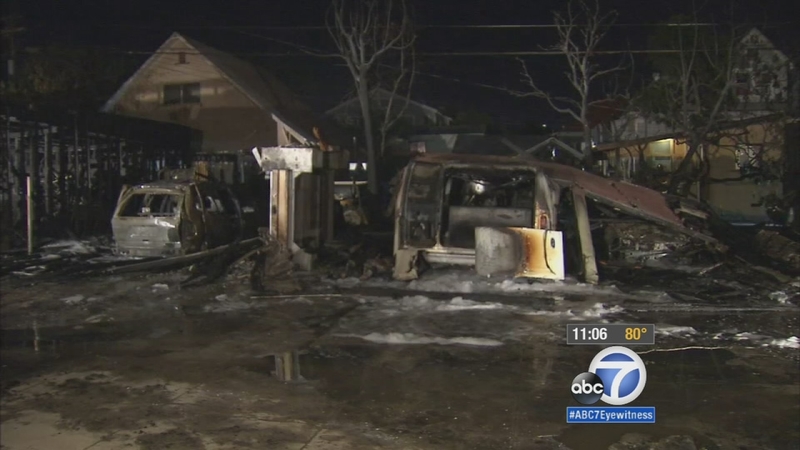 Crews arrived at the scene around 7 p.m. and saw flames shooting about 50 to 60 feet in the air.

"It was one of those type of fires that was spreading very fast, very, very hot, preheated with all of the combustibles. So getting companies and hand lines in place around the fire was critical," said Michael Bowman, battalion chief with the Los Angeles Fire Department.

The fire was knocked down within 20 minutes. Roberto Ramirez said his brother-in-law's van and his sister's car were among the vehicles destroyed in the flames. Their apartment building was spared and only a window was broken.

The temperatures reached the mid-90s when firefighters were battling the flames, but they were lucky that it wasn't windy or the blaze could have spread.

"We didn't have any wind, which in this case was helpful because it didn't lay down the fire which would have assisted in the fire spread," Bowman said.