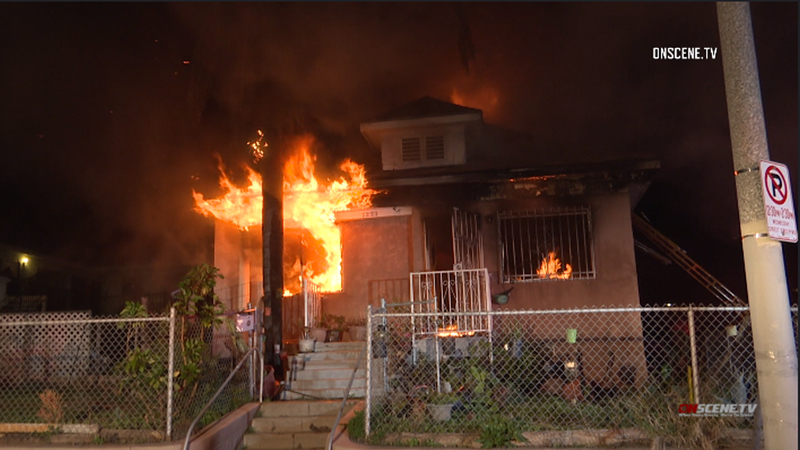 The blaze erupted about 4 a.m. at a 1,025-square-foot home in the 2200 block of East Sheridan Street, according to the Los Angeles Fire Department. Firefighters were met by heavy flames at the front of the single-story structure.

According to the LAFD, they entered the house and extinguished the blaze while locating a 66-year-old woman who was unconscious. She was rushed to a hospital along with four other adults and a young boy.

The elder woman was pronounced dead at the medical center. Family members identified her as Maria Rodriguez.

The family said she was a grandmother and mother of eight, who loved to garden and spend time trying to make it as beautiful as possible.

Among the surviving victims were a critically injured 34-year-old woman who suffered possible burns and smoke inhalation, the Fire Department said in a statement. The other patients were two men, ages 66 and 35, and the 3-year-old boy, all of whom were in serious condition.