KABC
By ABC7.com staff
COMPTON, Calif. (KABC) -- The fatal shooting of a 3-year-old boy in Compton is believed to have stemmed from a gang-related argument, according to sheriff's officials.

The shooting happened on the 2800 block of W. Alondra Boulevard at about 7:45 p.m. Saturday.

Detectives learned the incident began when two males were arguing in the parking lot of a liquor store. During the argument, one of the people involved began to enter an awaiting vehicle driven by his girlfriend, the mother of the boy, and then the suspect fired gunshots at him.

The victims left the location in their vehicle and subsequently discovered the young child in the car suffered a gunshot wound.

The mother of the boy drove from the scene in search of help and found deputies near a restaurant in the 17200 block of S. Central Avenue in the city of Carson.

The boy was transported to Harbor UCLA Medical Center, where he died of his injuries.

The suspect is described as a man driving a dark-colored sedan. The suspect's vehicle was last seen driving westbound from the location on Alondra Boulevard.

Sheriff's officials said the incident appeared to be gang-related. Investigators obtained surveillance footage from the liquor store as an investigation continued.

Authorities said they identified the suspect and are speaking with his family and attorney to facilitate a surrender.

Later Sunday evening, activists and community members gathered around the area where the little boy was shot. While they don't know the family, they felt affected by the tragedy and want the violence to end in the community.

"We need to stop kicking the can, pretending, sticking our head in a hole, acting like you can gang-bang and sag your damn pants and shoot at people and people are not going to shoot at you. We're coming to say we're tired," said L.J. Guillory, with Ombudsman International.

The coroner said the child's body remained at the hospital and has not been positively identified by the coroner's office.

Anyone with information about the incident was encouraged to contact the Los Angeles County Sheriff's Department's Homicide Bureau at (323) 890-5500. If you prefer to provide information anonymously, you may call "Crime Stoppers" by dialing (800) 222-TIPS (8477).
Report a correction or typo
Related topics:
comptonlos angeles countycarsonsearchchild deathgang activityshootingchild killedchild shot
Copyright © 2020 KABC-TV. All Rights Reserved.
RELATED 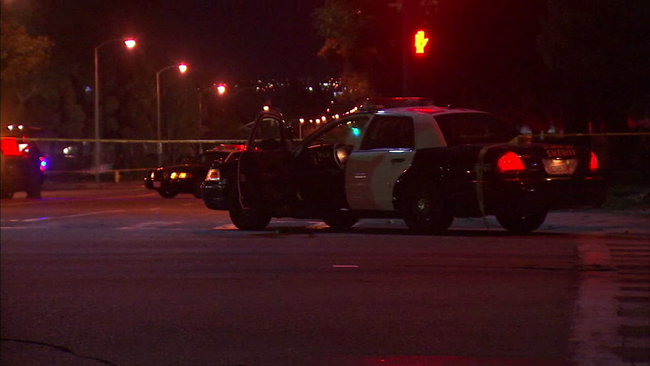