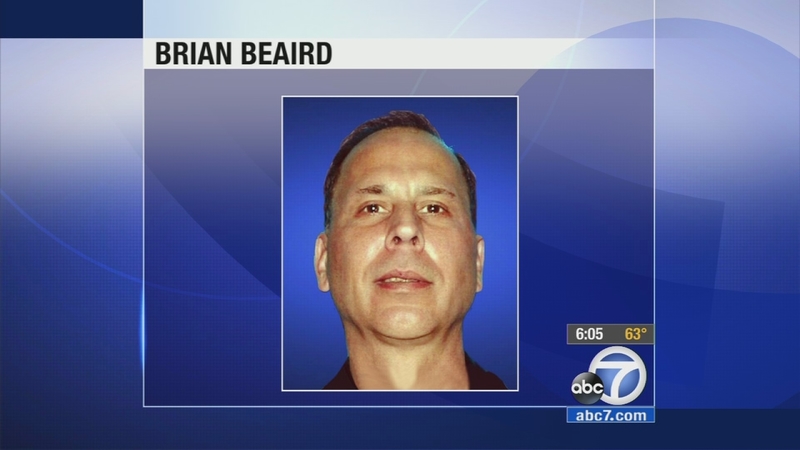 LOS ANGELES (KABC) -- A fatal police pursuit in Los Angeles last year is now being brought into the national discussion over excessive force.

AIR-7 HD was overhead as police chased down 51-year-old Brian Beaird on Dec. 13, 2013 for reckless driving. After crashing his Corvette, Beaird was then shot and killed by officers.

Beaird's father, Billy, watched the whole thing live on TV and says the police officers who open fired were out of line.

Brian Beaird is seen after his car crashed during a police chase in Dec. 13, 2013.

In an announcement Thursday, L.A. police Chief Charlie Beck admitted the officers' use of force was "not justified."

The pursuit ended on Olympic Boulevard in downtown L.A. when another car ran a red light and crashed into Beaird's Corvette. Beaird jumped out of his car and was then shot by the officers. The officers' report stated they were in danger for their lives, but Beck disagrees.

The Beaird family says he was shot 21 times. Beaird had emotional problems following brain surgery and the death of six close friends in a military helicopter crash, and was paranoid at the time of the chase, family attorney Dale K. Galipo said in August. He also had a fear of the police.

They filed a lawsuit and agreed to settle for $5 million.

All of this comes as police departments across the country are under scrutiny for cases of excessive force.

In this case, the Beaird family wants the officers to face criminal charges. State law does not allow the chief to reveal what punishment, if any, these officers could face. Beck could suspend them or fire them, and he also mentioned he could order them to be retrained.

"They are officers that did not perform to their training, and my obligation is to make sure that we set standards and that's what this is about," Beck said.

Beck is working with the Los Angeles District Attorney's Office to see what action should be taken against these officers, who have been relieved of duty since the shooting.