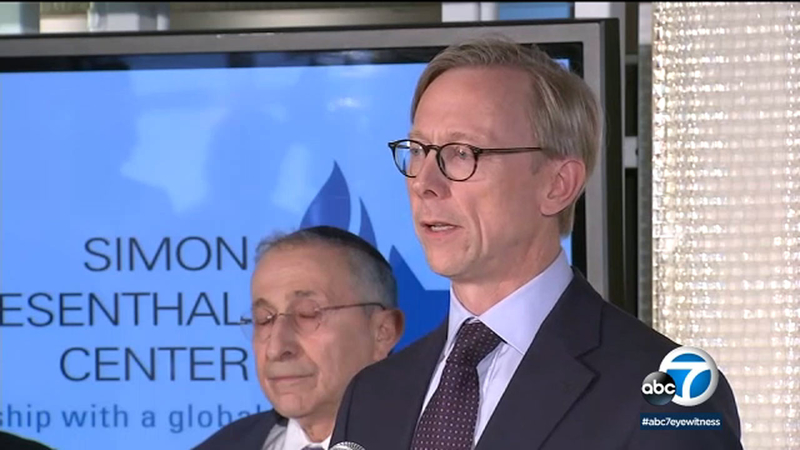 Brian Hook, special representative for Iran and senior policy adviser to Secretary of State Mike Pompeo, defended the killing of Qasem Soleimani, saying the general had been planning more attacks against America and American interests.

"The regime made very bad decisions and did not heed the warnings that President Trump made - and Secretary Pompeo - as recently as mid-December," Hook said.

The comments were made after Hook took part in a closed door briefing with the leadership of the Simon Wiesenthal Center.

There are more Iranians who live in Los Angeles than anywhere else in the world, outside of Iran. In Southern California, Iranian Americans are starting to feel the pressure as tensions between the two countries heat up.

"There's a lot of fear that has been instilled in us here," said Anahita Panahi, a refugee organizer for the immigration activist group We Are All America.

Panahi points to the detainment of 60 Iranian Americans at the Canadian border over the weekend as evidence of growing anxiety and suspicion concerning people of Iranian descent.

"There's also fear that there's going to be an another situation like the Muslim travel ban happening at (Los Angeles International Airport)," she said.