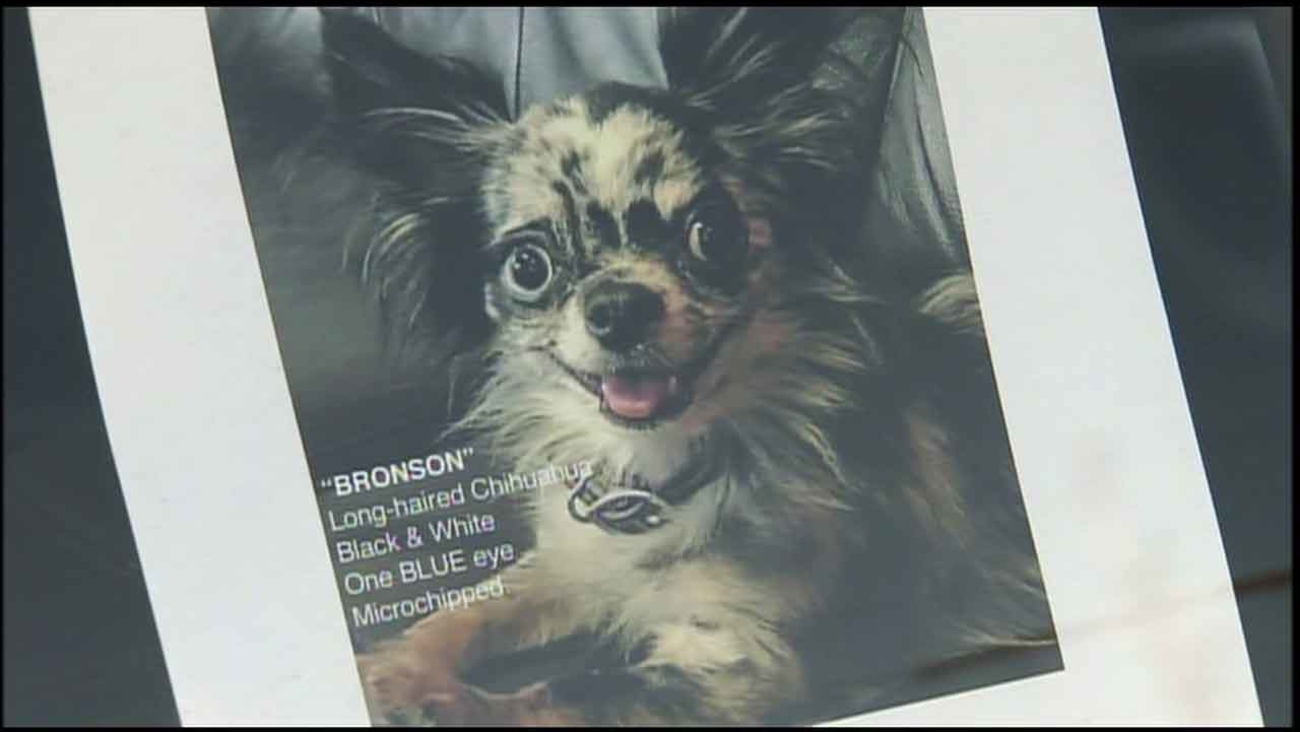 An undated photo of Bronson, a Chihuahua that went missing on Dec. 5, 2015.

The owner of a dog missing since Dec. 5 is pleading for his beloved pet's safe return.

The Chihuahua, named Bronson, has been featured in a commercial.

He is described as having one blue eye and one brown eye.

His owner, Jason Christopher, at first thought he was lost until a friend saw the posters he put up and realized that she picked up Bronson when he ran off from the gym.

A woman driving by in a silver BMW 5 series told the friend it was her dog and gave Bronson to that woman.

"I'm not looking for anything other than my dog back. There's a $10,000 reward and I can make more money, but I can't replace what she's taken," said Christopher. "And I'm not seeking legal action, I'm not seeking... this can be done completely anonymous."

Christopher said Bronson is a registered service animal and has helped him recover since the death of his mother.