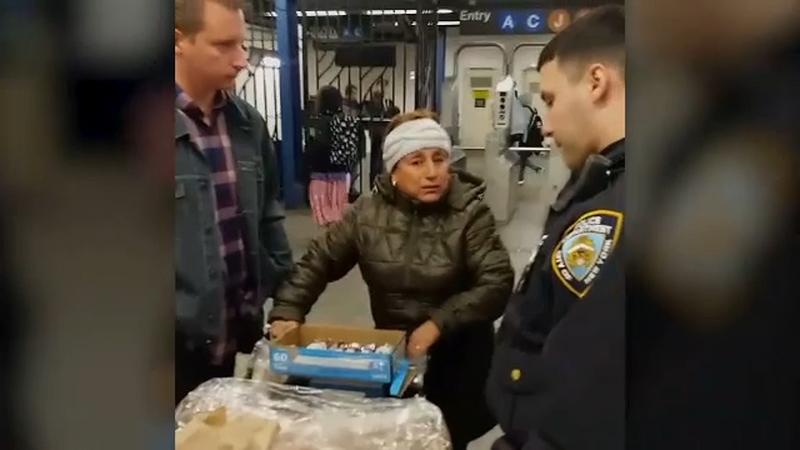 NEW YORK -- A confrontation in New York City has gone viral after police handcuffed a woman for selling churros inside a subway station.

Critics say officers went too far, but police say the video does not tell the whole story.

On Friday night, Sofia Newman was heading home to Brooklyn when she saw some officers surround a vendor selling churros at the Broadway Junction subway station. Newman started videotaping and challenging the transit officers as they handcuffed the woman, and took away her fried churros. The video has been viewed more than two million times on Twitter.

"I've heard from so many people who say they've been buying churros from her from the past 10 years. She's very loved in the community, and people really care about her," said Newman.

"She was not arrested, she received a summons - she's received ten summonses in the past six months, and both English and Spanish-speaking officers spoke with her," tweeted the chief of transit.

According to authorities, the woman was unlicensed and knew she was not allowed to sell inside the subway station.

"The trains are still running poorly, service is not improving, but instead they're policing poverty. Targeting some of the most underserved members of our community," said Newman.

Newman said she is now trying to find the churro vendor to help her pay the fines and make up for her lost wages.