ANAHEIM, Calif. (KABC) -- Bruno, the former Anaheim Police Department K-9 who was shot by a gang member during a manhunt two years ago, has died, authorities said.

Bruno was severely injured March 20, 2014 when he was shot in the face during a manhunt and resulting confrontation with an armed suspect.

A suspect had opened fire at probation officers in Anaheim and fled. SWAT officers were called in to look for the suspect.

Bruno, then 7 years old, located the suspect hiding in a trash bin. The suspect fired at officers, who returned fire, shooting the suspect dead. It was during this gun battle that Bruno was shot in the jaw and chest by the suspect.

The German shepherd suffered injuries to his face and also lost part of his lung. He was treated and released after several surgeries.

Bruno officially retired from the force in May 2014 after six years of service. He became a full-time family dog of his handler, Officer R.J. Young.

"Bruno was a warrior to the end and we will never forget OUR HERO! Rest well 26K2; we know you will be vigilantly watching over RJ and the rest of us from Heaven," the Friends of the Anaheim Police K-9 Association said in a Facebook post.

The post also stated that Young, as well as current and past K-9 handlers, were with Bruno when he died. Anaheim police said Bruno was scheduled to be the grand marshal of the America Rides event this Saturday. 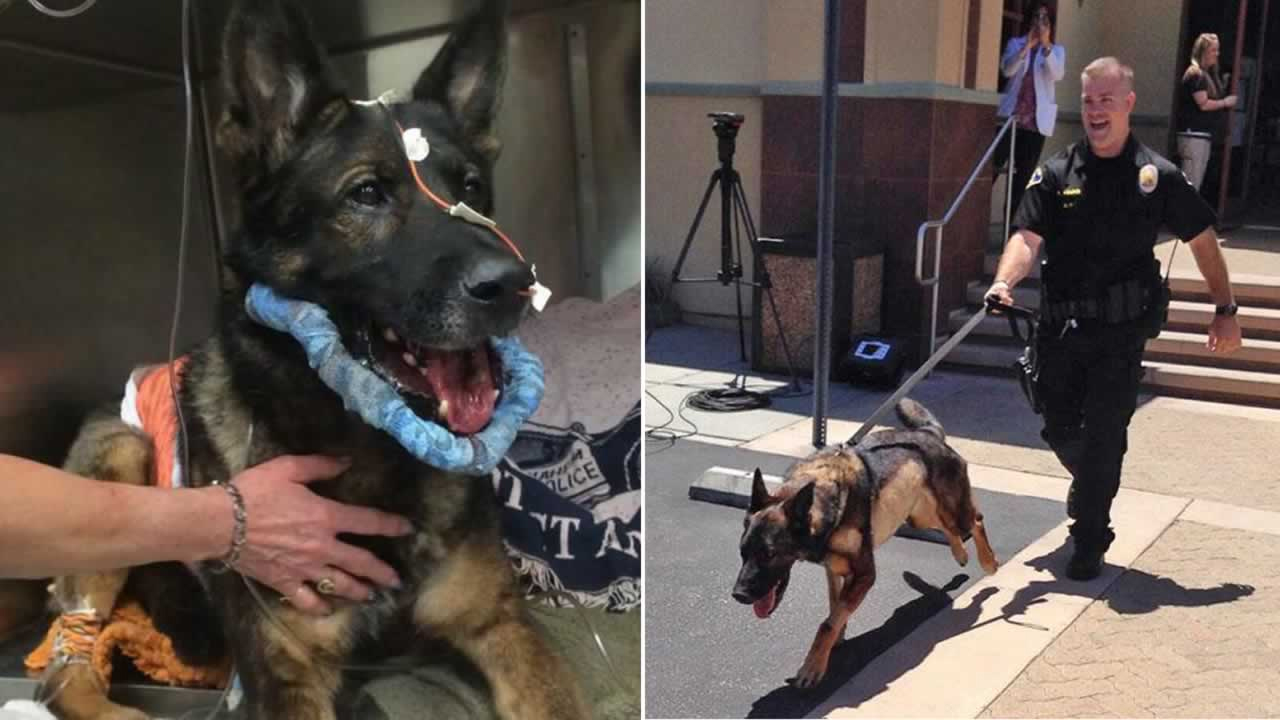 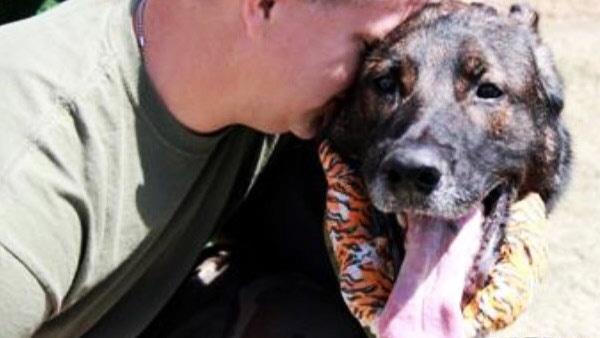