Brush fire breaks out near 210 Freeway in Irwindale 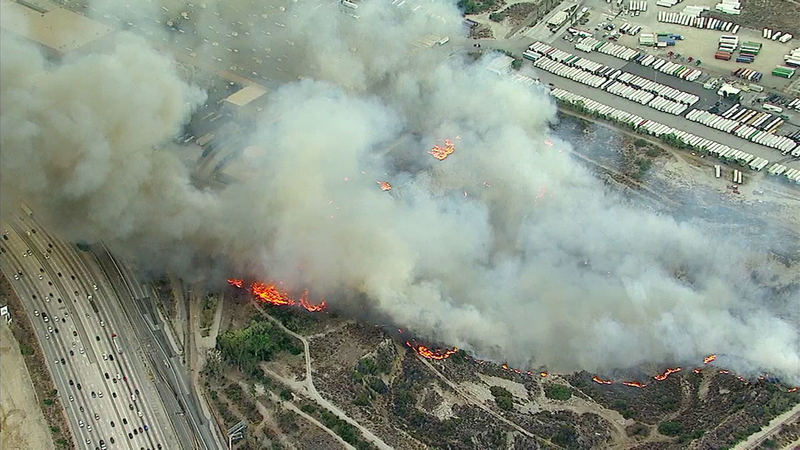 Brush fire breaks out near 210 Freeway in Irwindale

IRWINDALE, Calif. (KABC) -- A fast-moving brush fire broke out near the 210 Freeway in Irwindale on Wednesday.

The blaze, dubbed the Arrow Fire, was initially said to be more than 5 acres in the area of the 15500 block of E Arrow Highway. The estimated size was later increased to 35 acres with 50 percent containment, according to the Los Angeles County Fire Department.

Firefighters made water drops on the second-alarm blaze from the air, as other fire crews fought the flames from the ground.

The flames and smoke were spotted near the busy 210 Freeway during rush hour at about 5 p.m.

@ABC7 i can see the fire on my way home pic.twitter.com/9fGc0JKuIJ

The Metro Gold Line was shut down in the area due to the flames burning up near the tracks.