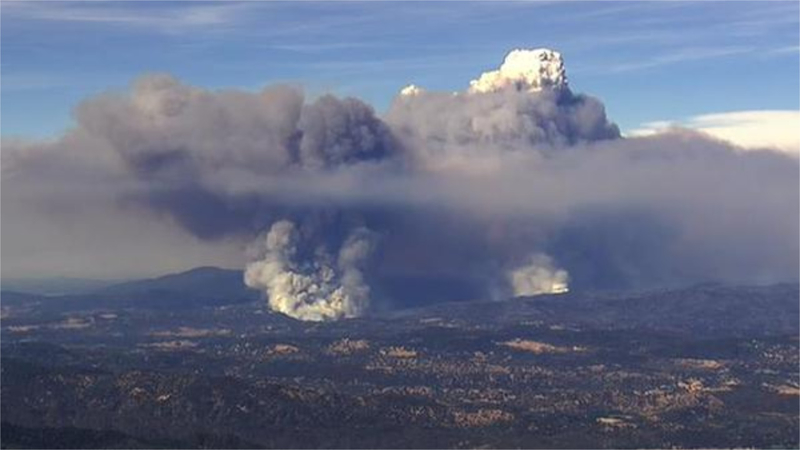 CLEAR LAKE, Calif. -- The Rocky Fire, east of Clear Lake north of San Francisco, spread to 60,000 acres, which is approximately 93 square miles, and is only 12 percent contained Monday. The fire is threatening 6,300 homes.

Flames continue to burn across Northern California as crews fight for control of a wildfire that's now considered historic in size. The wildfire that started Wednesday is now burning across three counties Lake County, Colusa County, and Yuba County. It has burned at least 24 residences and 26 outbuildings. 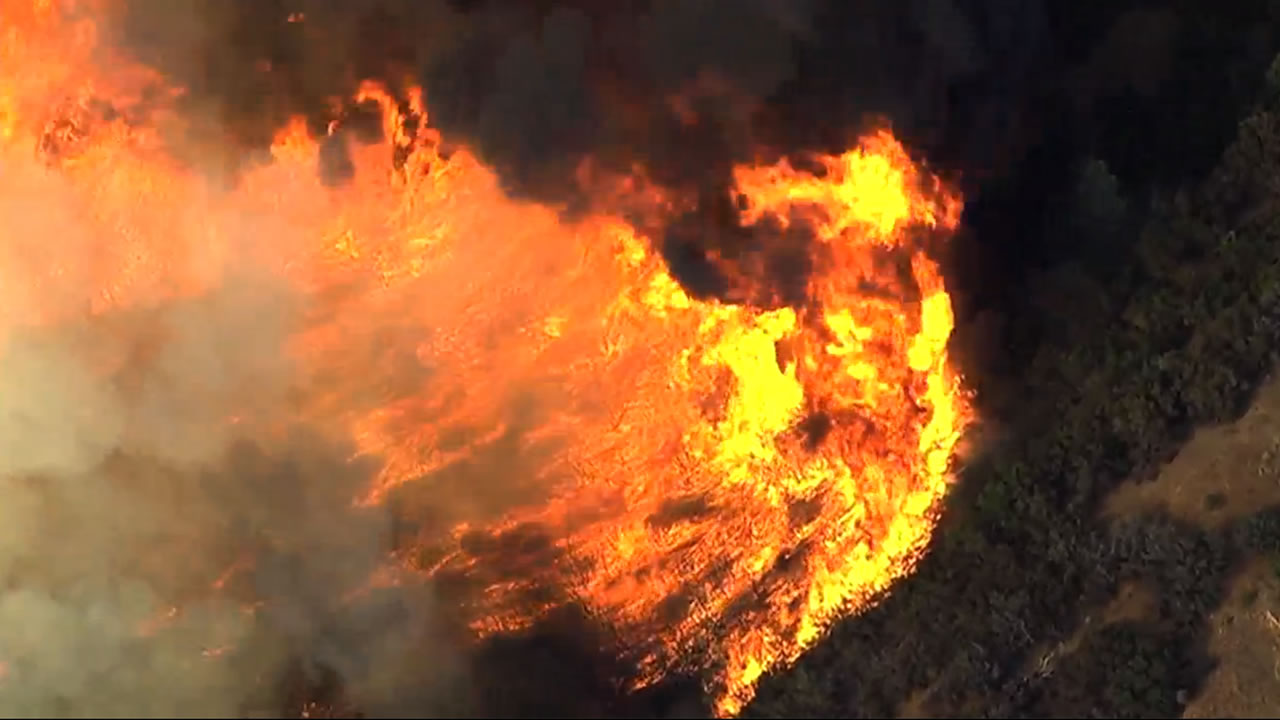 The fire activity has grown dramatically and firefighters are aggressively working to stop the progression. The terrain is steep and rugged with limited access, fuels are at critical levels and there is little to no fire history in the area.

In total, all evacuations impact over 12,190 citizens living in over 5,201 residences. Damage assessment teams have begun initial estimates based on access through fire affected areas. Resources continue to respond from around the state, including units from Southern California.

On Sunday night, firefighters were concerned as the wall of flames started moving northwest and across a ridge.

Due to the fire's approach in the western direction, Caltrans says it will close Highway 53 through Lower Lake as a precaution.

The battle lines for the fire have been drawn on Highway 20. Crews don't want the blaze to jump the road as they keep an eye on the hillside on the north in case embers set it on fire.

The Rocky Fire is one of 21 major fires in the state. Wildfires were also burning in Washington and Oregon as the West Coast suffered from the effects of drought and summer heat.

Many of the California blazes were sparked by lightning. The danger was expected to continue with scattered thunderstorms and gusty winds forecast for some areas of Northern California into Monday.