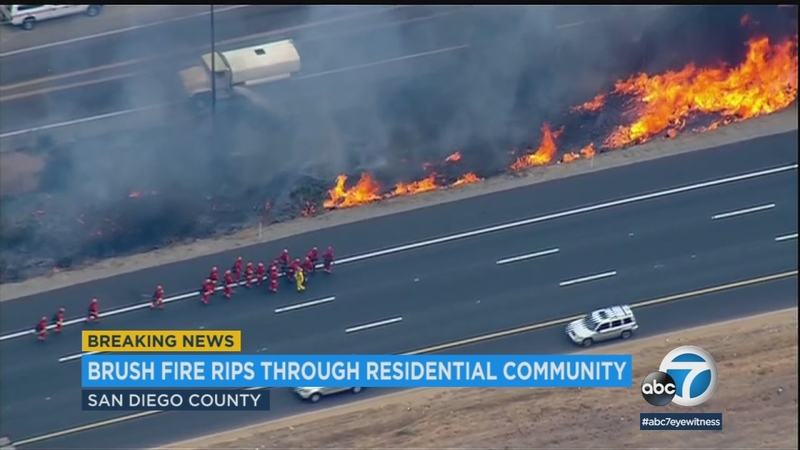 The residential community of Alpine was in the westward path of the fire and has received heavy damage to structures, according to fire officials.

The fire, which erupted for unknown reasons shortly after 11 a.m. in the Cleveland National Forest, is just 5 percent contained and emergency evacuation orders have been issued, officials said.

Firefighters were able to halt the fire's forward progress in the late afternoon as Gov. Jerry Brown declared a local state of emergency.

The American Red Cross set up an overnight evacuation site at Los Coches Creek Middle School on Dunbar Lane and a temporary shelter was established in a parking lot at Viejas Casino.

Lakeside Rodeo on Mapleview Street was providing room for livestock of residents in threatened neighborhoods.

There has been one report of an injured firefighter, who was hospitalized with burns to his face, according to Alpine officials. He is expected to be released Saturday morning.

All lanes remain open on the 8 Freeway that passes through Alpine, but some its off-ramps were temporarily closed.