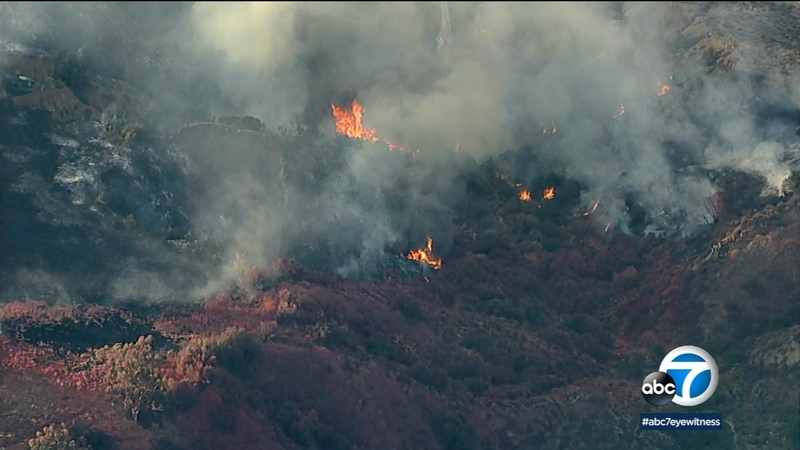 CORONA, Calif. (KABC) -- Crews were battling brush fires on Thursday that were just feet away from homes near foothills in Corona.

The blaze, called the Skyline Fire, was reported just before 5 p.m. near Foothill Parkway and Skyline Drive, according to the Corona Fire Department.

Around 7 p.m., the fires had burned about 25 acres and was 10% contained, according to CAL FIRE/Riverside County Fire Department. About an hour and a half later, officials placed the fire at 51 acres burned and 40% contained.

Authorities were in the process of closing Trudy Way and Foothill Parkway to traffic, fire officials said.

As a precaution, Corbett Street, Overland Lane, Clearing Circle, Meandering Lane and Burrero Way were evacuated, according to the Corona Fire Department, but all evacuations were lifted at about 9:15 p.m.

#SkylineFIRE [UPDATE] @ 9:15 p.m. All evacuations have been lifted. Please use caution when returning to the area.

The next update will be Friday, August 14th after 8 a.m. unless significant fire activity occurs. @CoronaFireDept

Officials planned to provide their next update Friday at 8 a.m. "unless significant fire activity occurs."

Crews were battling brush fires on Thursday that were just feet away from homes near foothills in Corona.