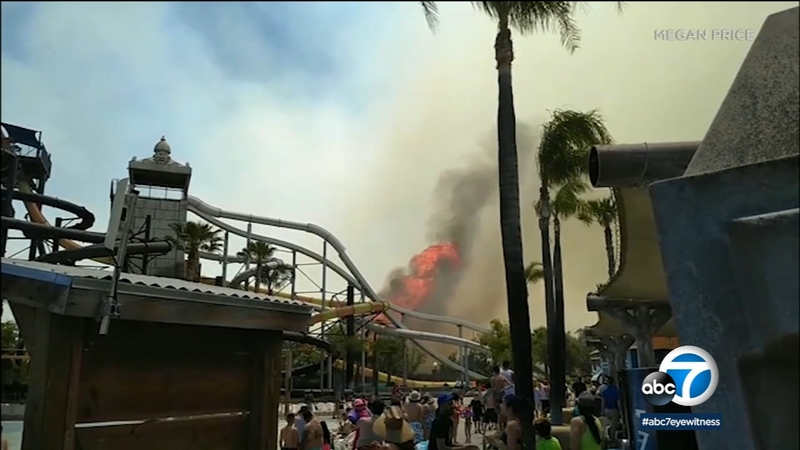 The fire broke out near The Old Road and Skyview Lane at about noon.

By late afternoon, it had grown to about 50 acres, but fire officials said they had contained the forward progress and brought it down to a two-alarm blaze.

Containment was estimated at 50% by 9:30 p.m., with firefighters remaining on scene overnight to continue increasing containment amid the cooler temperatures and lighter wind.

Large plumes of smoke were billowing in the area, created air-quality issues for visitors and particularly those with asthma.

Twelve people were transported to the hospital because of smoke and heat issues.

"I was working the gate and it got smokier and smokier," said park employee Richard Waldron. "It became a respiratory issue. There was ash falling around."

The offramp on the soutbound 5 Freeway at Magic Mountain Park was ordered closed for 90 minutes as firefighters battled the fire.

Six Flags Magic Mountain and Hurricane Harbor are currently being evacuated due to the Sky Incident brush fire. The safety and well being of our guests and team members is our top priority.