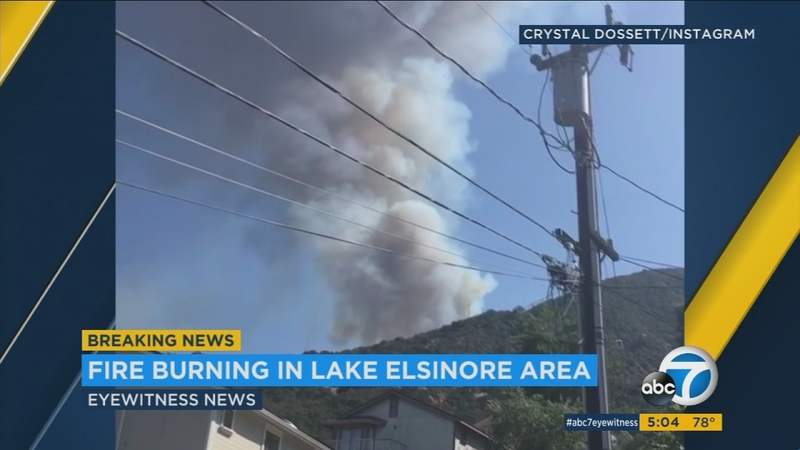 Firefighters responded about 3:40 p.m. to the so-called Canyon Fire near Highway 74 and South Main Divide in Riverside County, according to Cal Fire, which set up a unified command with the National Forest Service.

Multiple structures were threatened by the flames, even though the forward progress of the fire was halted, Cal Fire said. No evacuations were ordered.

All fixed-wing aircraft were placed on "load and hold" status, while fire helicopters remained activated at the scene, officials said.

After a closure that lasted almost three hours, Highway 74 was fully reopened between Grand Avenue and the Orange County line, Caltrans said.