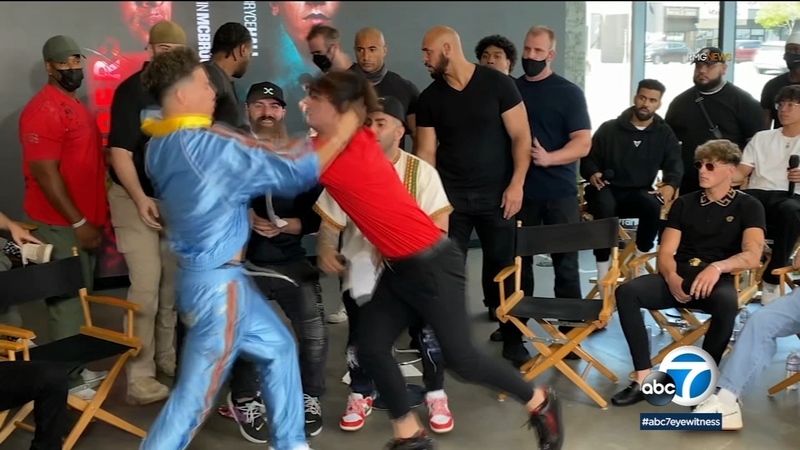 Hall and McBroom were promoting their upcoming June 12 fight at the Fred Segal store in West Hollywood Tuesday when the event took a chaotic turn.

As McBroom was talking, Hall suddenly rushed his opponent, leading to a scuffle between the two.

The two were grabbing ahold of each other as Hall went to the floor. Their teams struggled to separate them, but eventually succeeded in stopping the brawl.

McBroom's YouTube channel, The ACE Family, has 19 million subscribers, while Hall has 19.9 million followers on TikTok.

The two are scheduled to fight at Hard Rock Stadium in Miami on June 12.

Floyd Mayweather is set to get back into the ring for an exhibition match against YouTuber-turned-boxer Logan Paul at Hard Rock Stadium in Miami on June 6.