BTS fans delivered big on a promise to match the band's $1 million donation to Black Lives Matter. The BTS "Army," as they are known, raised more than $1 million in just 24 hours.
CNNWire 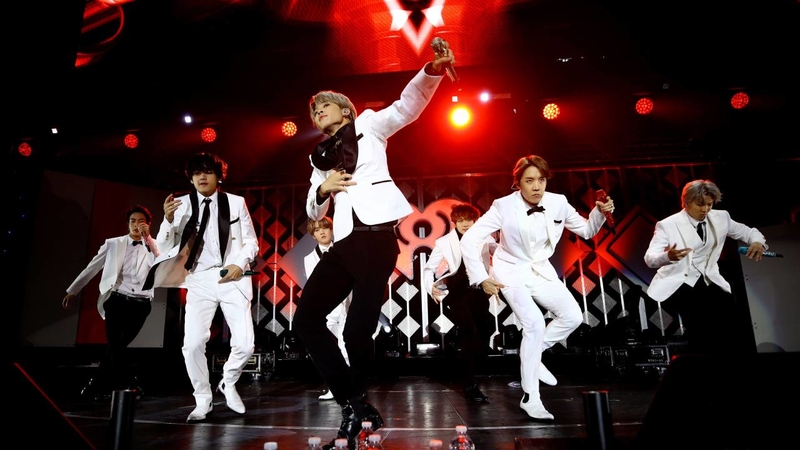 The BTS fan-based charity fundraising group "One In An ARMY" has launched a campaign to raise funds in support of the Black Lives Matter movement after the K-pop group donated $1 million.

"We Stand against racial discrimination. We Condemn violence, You, I and we all have the right to be respected. We will stand together. #BlackLivesMatter.," the group wrote in a tweet last week.

In a joint statement Friday on social media, Jordan and the Jordan Brand said money will be paid over 10 years with the goal of "ensuring racial equality, social justice and greate

Their donation comes as protests over the death of George Floyd continue in the United States and around the world.

Floyd, 46, died while in police custody after former Minneapolis police officer Derek Chauvin pressed his knee on his neck for nearly nine minutes during an arrest.

Chauvin and three other officers have been arrested in connection to the incident.

Kailee Scales, managing director for Black Lives Matter, responded to the BTS donation in a statement to Variety on Sunday.

"Black people all over the world are in pain at this moment from the trauma of centuries of oppression," Scales said. "We are moved by the generosity of BTS and allies all over the world who stand in solidarity in the fight for Black lives."

Kanye West has made a $2 million donation to support the families of George Floyd, Ahmaud Arbery and Breonna Taylor, a representative for West told CNN.

CNN has reached out to Black Lives Matter for additional comment.

#MatchAMillion began after the reports of BTS's $1 million donations came out on Saturday.

In the first 24 hours of the #MatchAMillion movement, the total raised by the fan group exceeded $817,000, according to a press release from One In An ARMY posted on their official Twitter account.

Shortly after on Sunday evening, the ARMY fundraiser updated via Twitter that they have reached their $1 million goal.

The additional $1 million was donated to "Bailouts for those arrested for protesting police brutality," "black-led advocacy organizations fighting against systemic injustice" and "support for the physical and mental health of the black community," the statement said.

Last week BTS fans used their power on social media to take over #WhiteoutWednesday, which began trending as a response to #BlackLivesMatter and #BlackoutTuesday.

Those who love BTS posted memes and videos of their favorite groups to try to drown out anti-black hashtags.

Reddit co-founder, Alexis Ohanian, says he is resigning from the board of the San Francisco based company, so he can help "curb racial hate."