Buena Park dogs attacked, 1 fatally, when coyote gets into home through pet door 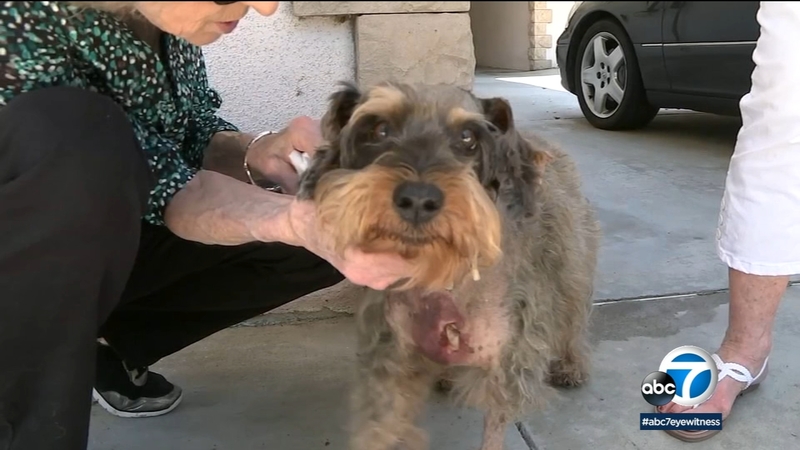 BUENA PARK, Calif. (KABC) -- Pet owners are concerned about what they say is a spike in coyote attacks in a Buena Park neighborhood and are demanding the city do more to protect their animals.

A recent attack involved a coyote entering a home through a pet door and attacking two dogs inside the owner's kitchen.

"I turned the corner and walking into the kitchen, and there's blood all over the floor in the kitchen," said Scott Gooding of Buena Park.

He said one of his dogs, a 10-year-old multipoo named Sally, was dragged by the coyote away from the property and never seen again.

The second dog required more than $2,200 in surgeries by a veterinarian.

"When a coyote comes into my house, they're now a threat," Gooding said.

The city of Buena Park is trying to raise awareness about the dangers of coyotes in the community but has not indicated a dramatic rise in coyote attacks.

Residents said they're going to circulate a petition to try to gather signatures to get the city to hire trappers.

A cat was killed at another area home, and it was caught on camera. The video shows the coyote moving back and forth several times before finally jumping on the side wall. The cat tries to defend itself and the coyote gives chase, killing the cat just up the street.

"I understand we coexist with the wildlife, and the coyotes were here before we were," said Gooding. "But so were the rats. When we have a problem with them, we do something about it, and the coyotes should be no different."