Pay It Forward Finalist: Buena Park grandmother perseveres through tragedy to help others 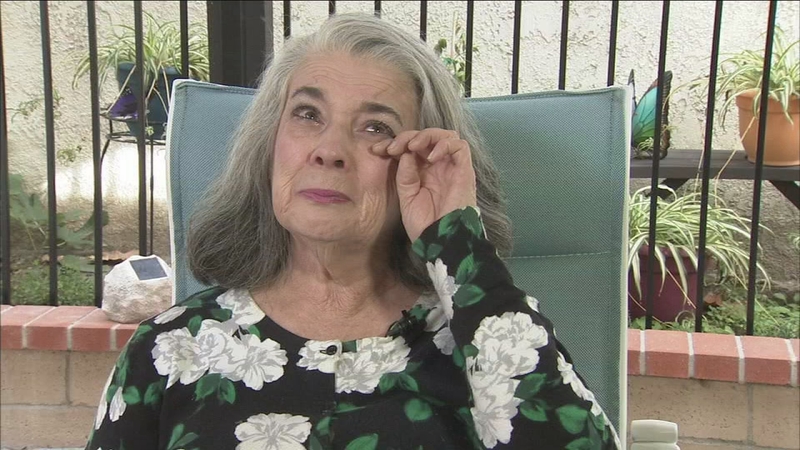 Pay It Forward Finalist: Grandmother endures tragedy to help others

BUENA PARK, Calif. (KABC) -- A Buena Park grandmother has faced several tragedies throughout her life but continues to give back to others as much as she can.

Laurie Martin has been called a survivor after she lost her husband when her children were young. While working to make ends meet, her father died.

She then lost her son, Nathan, to a rare form of bone cancer five years ago, but through it all, she persevered.

"I've seen so many people fall apart and not be able to survive," she said. "But through my faith I've been able to walk through it."

Martin's positive outlook on life is what led her to South Africa, where she worked with children who had been diagnosed with AIDS.

She also helped her friend of 20 years, Barbara Riche, through her battle with cancer.

It was Riche who nominated Martin for the "Pay It Forward" prize.

"She works like a dog and she's just amazing that way," said Riche. "She doesn't complain, she just walks through it and I thought, you know, it's time for her to get a break!"

Martin was overcome with tears when she found out she was a finalist in ABC7's "Pay It Forward" giveaway.

"I was really shocked when she said she had nominated me," said Martin as she wiped away tears. "I'm not used to that."

Martin, who now lives with her mother, said she would use the grand prize of $10,000 in furniture from Mathis Brothers on a new couch and chair, because the furniture in her living room is about to fall apart.