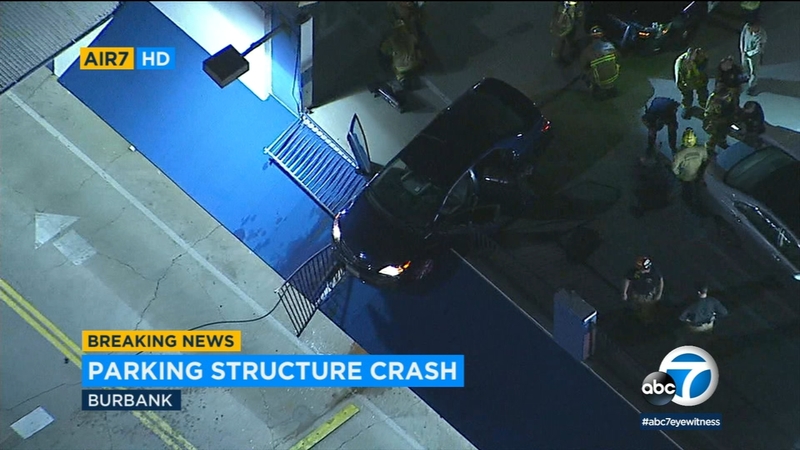 BURBANK, Calif. (KABC) -- Crews responded to a vehicle partially hanging over the side of a parking structure after a crash in Burbank Thursday night.

Police and firefighters responded to the 2600 block of Hollywood Way at about 10:37 p.m.

The vehicle had its front end partially hanging on the side of the garage on the second story of the structure.

Burbank police tweeted the driver appeared to have a "medical issue." He was treated by paramedics and transported to a hospital to be checked on.

Footage from AIR7 HD also showed the driver performing a field sobriety test. He was not arrested.