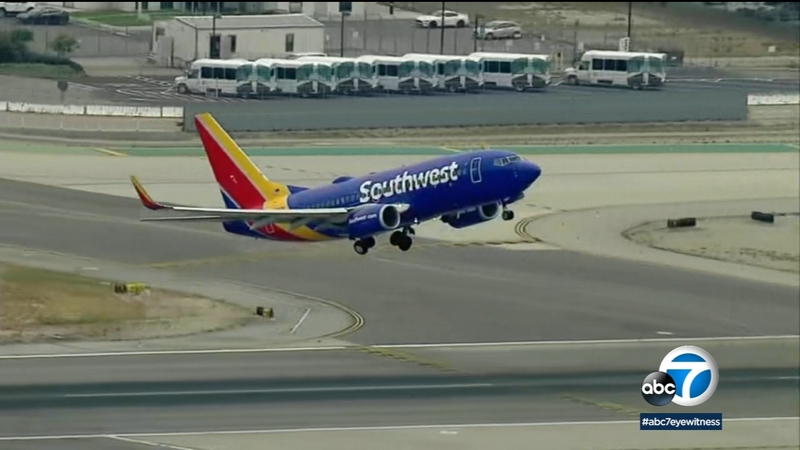 "Today we are urging the court to order the FAA to return to previous flight patterns, and divulge information about Burbank Airport airplane traffic which the public has long been entitled to see," Feuer said during a news conference.

Residents have registered complaints about noise affecting a wider area of Studio City, Sherman Oaks and Encino over the last three years and have met with local and federal officials on a task force.

As local residents continue to complain of increased airplane noise from Hollywood Burbank Airport, aviation officials are seeking to address, and in some cases dispute, those claims.

The FAA's radar maps show that more flights are drifting south soon after they depart the Hollywood Burbank Airport.

The FAA says there has been no policy to change flight patterns. Rather, that the straying flights are the result of multiple factors. They include a higher volume of flights, differences in aircraft type and changing demands on air traffic controllers, who must also guide traffic from other nearby airports.

"We are committed to continuing to support the Task Force as it works to develop consensus recommendations to address community concerns," says FAA spokesman Ian Gregor.

The city attorney says that the noise complaints jumped soon after the FAA implemented a new satellite system for aircraft guidance.

The FAA says that the new guidance system does not direct flights until the jets are 11 miles from the airport, far beyond city neighborhoods.