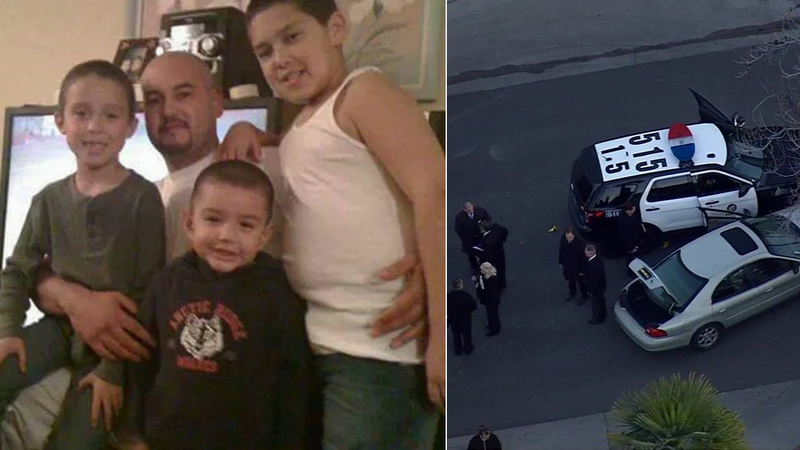 BURBANK, Calif. (KABC) -- The family of an unarmed man who was shot and killed last month by LAPD officers in Burbank has filed a $10 million claim against the city and the department.

Sergio Navas, 35, was shot and killed in March after police say he led officers on a pursuit in a stolen vehicle. The deadly gunfire erupted in a cul-de-sac near National and Pass avenues following the chase, which began in North Hollywood. Investigators initially said Navas rammed a police cruiser, but later said that was not the case.

Navas' family and friends rallied in front of the LAPD headquarters in downtown Los Angeles Saturday morning in a call for justice.

"I don't want anyone to feel the pain that my kids and myself and his parents feel. I want my kids to have an apology, probably not going to happen, but I would like that, it would mean a lot," said Christel Emmet.

The family's attorney says the LAPD gave a false version of events to try to cover up the use of excessive force, and says they will also be filing a federal lawsuit against the LAPD.