Suspected burglar dies after being removed from chimney 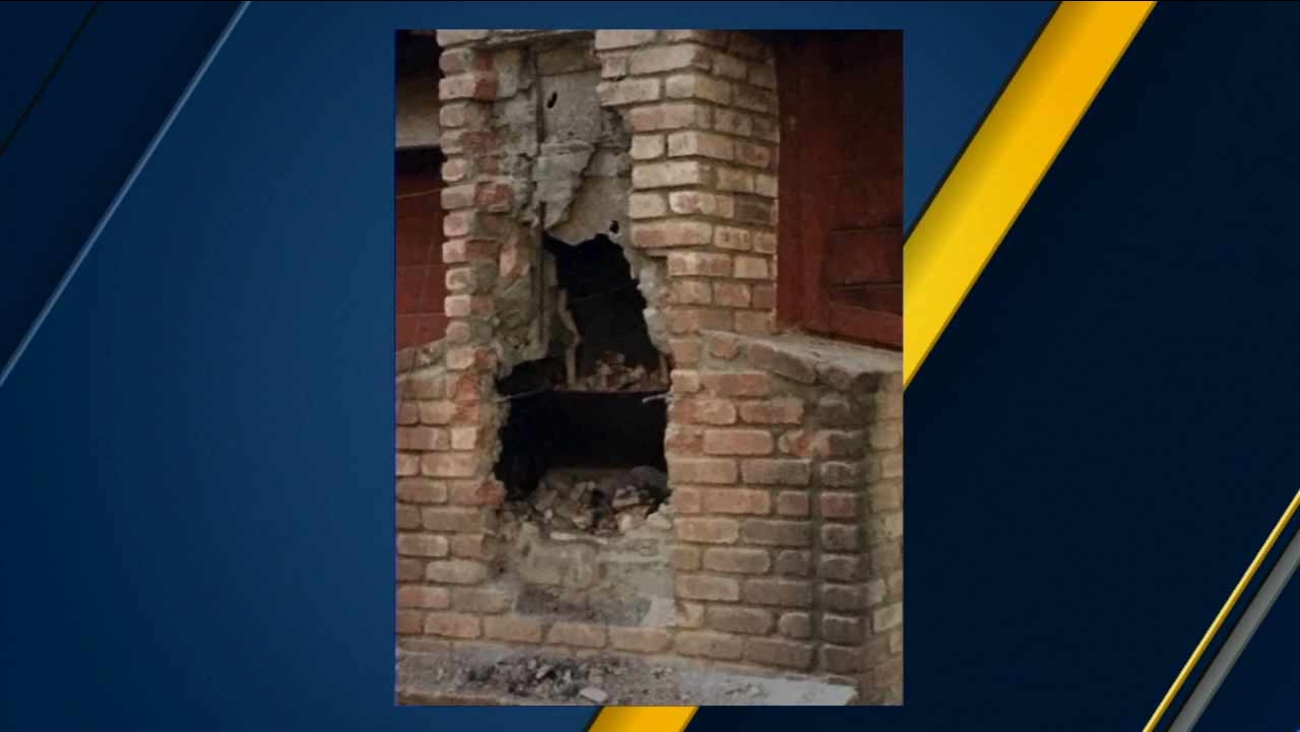 A chimney from a home near Fresno after a suspected burglar, who later died, was rescued from inside.

FRESNO, Calif. -- A suspected burglar died Saturday after being trapped in a chimney near Fresno.

Fresno County Sheriff's deputies responded around 3 p.m. to a home on the 16000 block of W. Gale Ave. in Huron for a call of a burglary.

A homeowner reported that when he lit a fire in his fireplace he heard a man yell from inside the chimney. At this same time, the house began to fill with smoke. The homeowner worked to put the fire out as dispatchers sent firefighters with Cal Fire - Fresno County to the home.

Approximately ten minutes after the initial call, the suspect appeared to still be breathing and moving inside the chimney. A short time later, firefighters dismantled the chimney in an attempt to rescue the suspect when it was discovered that he was dead.

A preliminary investigation showed that the suspect had climbed into the chimney overnight in an attempt to burglarize the home and became stuck. The homeowner arrived home a day later, not knowing anyone was inside the chimney prior to lighting the fire.

The coroner's Office removed the man's body from the scene, and an autopsy was expected to be performed to determine his identity, a cause and manner of death.