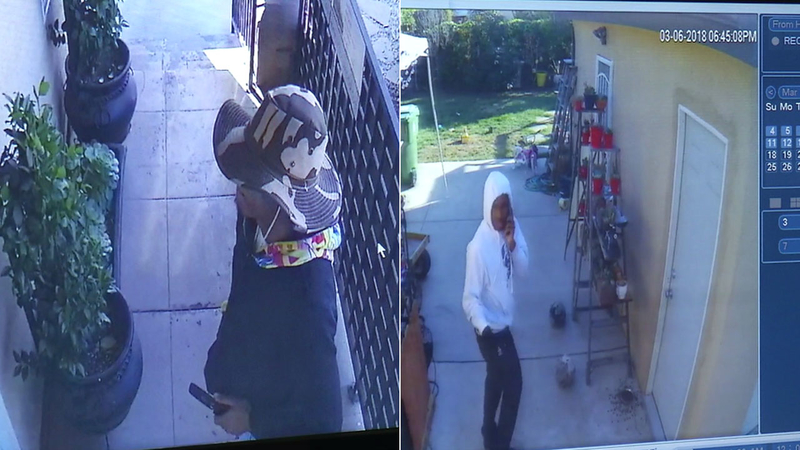 SOUTH LOS ANGELES (KABC) -- A homeowner desperate to protect her family and her property is asking for the public's help after her South Los Angeles home was burglarized for the fourth time.

"I get into my room and it's like a tornado just hit it," said the burglary victim, who did not want her name released. "The mattresses are on the floor, they pulled out everything inside my closet. They broke the shoe racks, the drawers are out."

The homeowner said the burglars took thousands of dollars in jewelry.

After previous break-ins, the homeowner bought an alarm system, dogs and surveillance cameras.

The footage from those cameras shows the two burglars breaking into her home on the afternoon of March 6. A man can be seen knocking on her door, peering through the window and eventually removing the camera.

Then, he and another man break in through the front door. They try to cover their faces and remove a second camera. Later, one of them sprays her dog with what she believes is pepper spray. Then they both jump over a fence.

The homeowner said her house was watched for three hours before the break-in. Her cameras also captured images of two burglars who broke into her home last July.