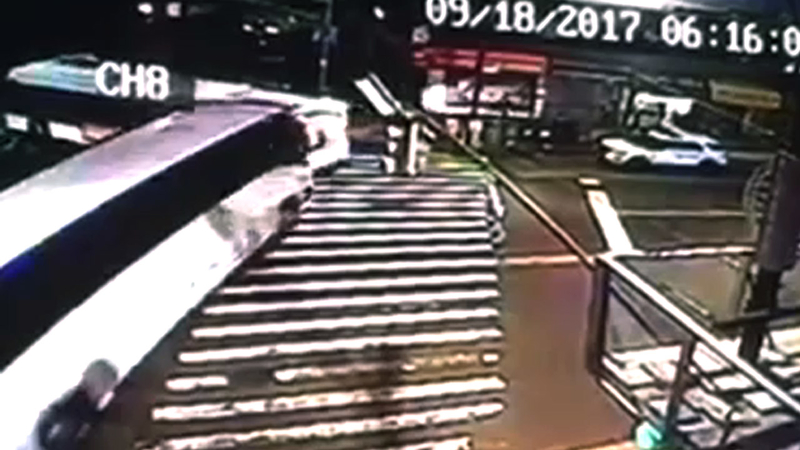 FLUSHING, Queens -- Three people were killed and 16 injured when an MTA bus and a charter bus collided in Queens early Monday.

The Q20 bus collided with the Dahlia charter bus at Main Street and Northern Boulevard in Flushing around 6:15 a.m., and authorities were investigating reports that the charter bus had run a red light.

The New York police and fire departments responded to the scene and began removing passengers.

Kemberly Richardson and Michelle Charlesworth have the latest on the deadly bus crash in Flushing.

"It was bad, it was really bad," witness Mike Ramos said. "I felt the vibrations shake my truck...I saw a guy with a cracked head, a cracked skull open. I saw guys bleeding all over the place. When I ran across the street, there was a woman pinned, screaming in the back of the city bus. I guess she was one of the pedestrians walking on the sidewalk."


All of the victims were quickly taken off the buses, with the exception of one of the drivers, who was pinned in the bus and needed to be extricated.

One person was pronounced dead at the scene after being found underneath one of the buses, leading authorities to believe that person may have been a pedestrian.

The victims were rushed to area hospitals, where two of them died and five remained listed in critical condition. The driver of the private bus and a passenger on the MTA bus were identified as those who died at the hospital.

The MTA driver, a 10-year veteran, "is in the hospital in non-critical condition, he's being spoken to," authorities said.

The force of the collision sent the charter bus onto the sidewalk and into a Kennedy Fried Chicken, sparking a small fire. The flames were quickly extinguished, but there was extensive damage to the structure.

One witness who was in a car that was nearly struck by the charter bus said it was speeding and ran several lights.

"It's hard to compare it to anything I've ever seen, the sheer destruction from the impact of this collision," de Blasio said.