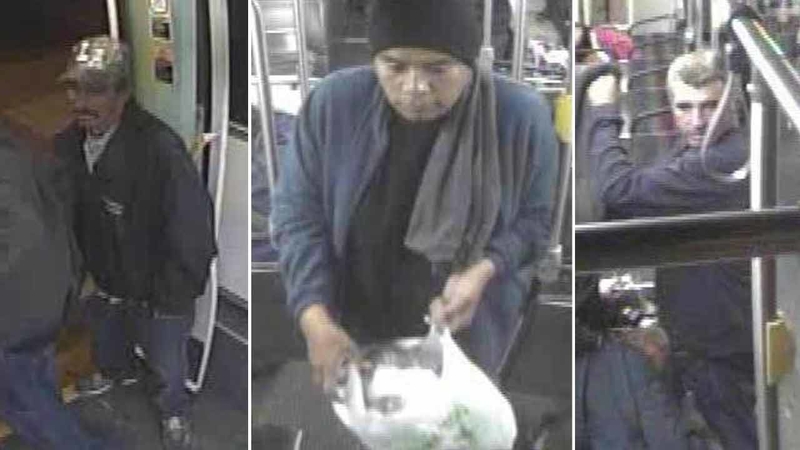 HIGHLAND PARK, LOS ANGELES (KABC) -- The primary suspect in a stabbing death on a Metro bus in Highland Park has been detained on Tuesday, according to the Los Angeles County Sheriff's Department.

Investigators from the sheriff's department released photos of three suspects accused of stabbing a man to death near Meridian and N. Figueroa streets shortly before 11 p.m. on Monday.

The suspects, described as Hispanic males between 25 and 35 years old, entered Metro bus line 81 at 57th Avenue and Figueroa Street and walked to the back of the bus where they began arguing with the 49-year-old victim, investigators said.

Deputies said the primary suspect was taken to the East Los Angeles Sheriff's Station and was being held for questioning.

The other two suspects remain at large.