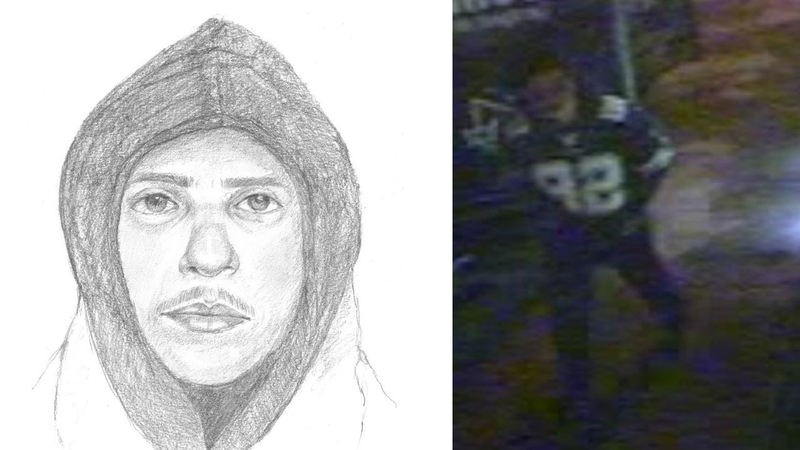 SANTA ANA, Calif. (KABC) -- A woman who was waiting for a bus in Santa Ana was sexually assaulted by a suspect and it was caught on video by a bus camera.

Authorities said the victim is a woman in her 50s. Detectives said the assault was interrupted when a bus pulled up and passengers got out.

The suspect pulled up his pants and took off.

"It's a violent, random act. The victim does not know him, has never seen him," Cpl. Anthony Bertagna said.

The victim was able to provide police with a description so they could create a sketch. He was wearing a Dallas Cowboys jersey No. 82.

"That's scary to hear. My kids walk home from school. I'll have to keep an eye out for that guy," parent Letty Davis said.

The assault happened near Bristol Street and MacArthur Boulevard around 8:30 p.m. Saturday.

Some residents said they're surprised no one stopped to help.

Detectives hope someone recognizes the man. Police said given his aggressive behavior, he may strike again.

"Obviously this is one individual that needs to be off the streets," Bertagna said.