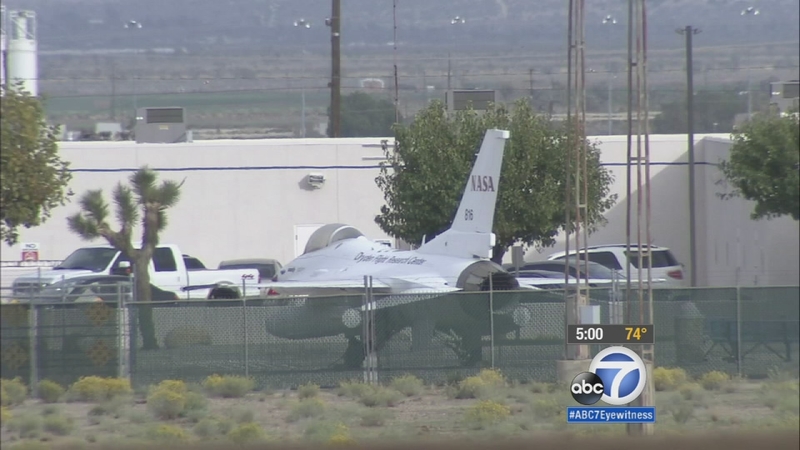 PALMDALE, Calif. (KABC) -- An announcement by the Air Force on Tuesday could mean thousands of new jobs coming to Southern California.

The Air Force awarded a $55 billion contract to Northrop Grumman to build a new stealth aircraft that will replace the B-52 bomber.

It's an announcement Palmdale Mayor Jim Ledford hopes will help an unemployment rate just above 8 percent, as more than 6,000 new aerospace jobs could be coming to the community.

"This is great news for the Antelope Valley, and in particular, Palmdale," Ledford said. "This is where all the primes are located at U.S. Air Force Plant 42 and this kind of program is going to get us back on track as far as our employment levels and our small business development in our community. Everybody wins in this project."

Building military planes is nothing new to the Antelope Valley, but it's been decades since the aerospace industry in the high desert has landed a multi-billion dollar contract to build a new fleet of military aircraft.

The news has many in the area like Sarah Tyndall of Lancaster thrilled at the possibilities.

Northrop Grumman will be tasked with developing and building 100 new long-range stealth bombers.

The majority of the work is expected to be completed at Plant 42 in Palmdale, which is a 5,800 acre industrial park owned by the military, but leased to aerospace contractors.

Palmdale Aerospace Academy Headmaster Laura Herman said she hopes the contract is just the beginning of future work coming to the aerospace community in Palmdale.

"It's all of the pieces of the puzzle that fit into an overall kind of STEM engineering focus," Herman said. "These kinds of opportunities in the community gives us a great chance to plug our students in to what might come next for them when they graduate."
Related topics:
businesspalmdalelos angeles countynavymilitaryantelope valleyair forcejobsairplane
Copyright © 2021 KABC-TV. All Rights Reserved.
TOP STORIES
OC restaurant requires customers to prove they are not vaccinated
Bay Area teen attacked by crocodile while vacationing in Mexico
Police to detail violence, injuries at first Jan. 6 hearing | LIVE
Simone Biles exits team finals with 'medical issue'
Parents in Tustin protest school mask requirement
Some LA officials want vaccine mandate for city workers
CA to require vaccination or testing for state workers
Show More
Bee swarm in Diamond Bar kills 2 dogs, injures man
Billy Graham's grandson hospitalized with COVID-19
Former US Sen. Barbara Boxer assaulted, robbed in Oakland
SoCal temperatures to rise, humidity to drop amid sunny conditions
Koreas agree to restore communication channels, improve ties
More TOP STORIES News