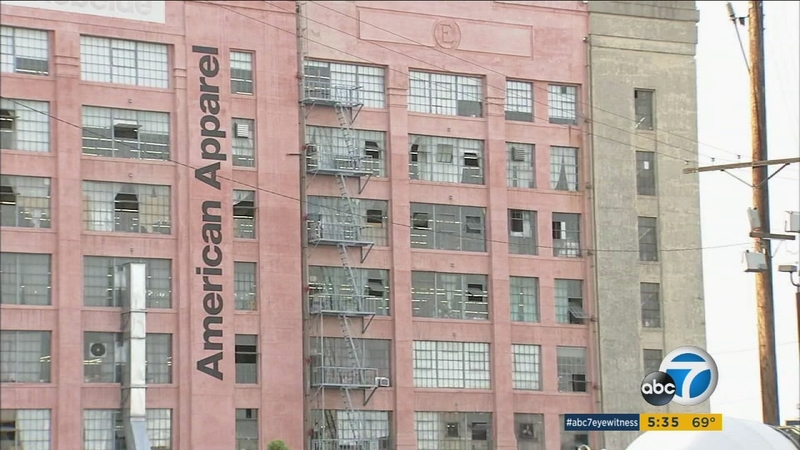 Several workers were part of a work stoppage on Friday. Some were fired and they spoke out against the company during demonstrations.

"They are laying off workers, cutting out their hours, their pay and their rights, and now they can no longer afford living," Stephanie Padilha with the Brotherhood of Workers of American Apparel said.

Hundreds of employees briefly stopped working at the main plant in the Downtown Industrial District in Los Angeles. Over at the South Gate plant where they make T-shirts, the job action shutdown the plant for the rest of the day.

A small group was fired on Friday, including Jeremias Pablo, who had been trying to organize workers. He was a sewing manager employed with American Apparel for 18 years.

"I was in charge of 2,000 employees here at American Apparel and today I get fired," Pablo said.

American Apparel has been reorganizing its financing and streamlining its production after filing for Chapter 11 bankruptcy protection from its creditors. Earlier in February, it emerged from bankruptcy. A spokesperson said the company has been "successfully restructured."

"It's beyond just making clothes. It's fair wages and it's unbelievable that to this point these people have been treated as nothing, with no respect," Padilha said.

Spokesperson for American Apparel Arielle Patrick issued a response on the issue. The statement read: "American Apparel as a company and its leadership team believe in the right to free speech for all, especially our employees. In particular, American Apparel believes in its employees' own right to choose whether or not they wish to be represented by a union."