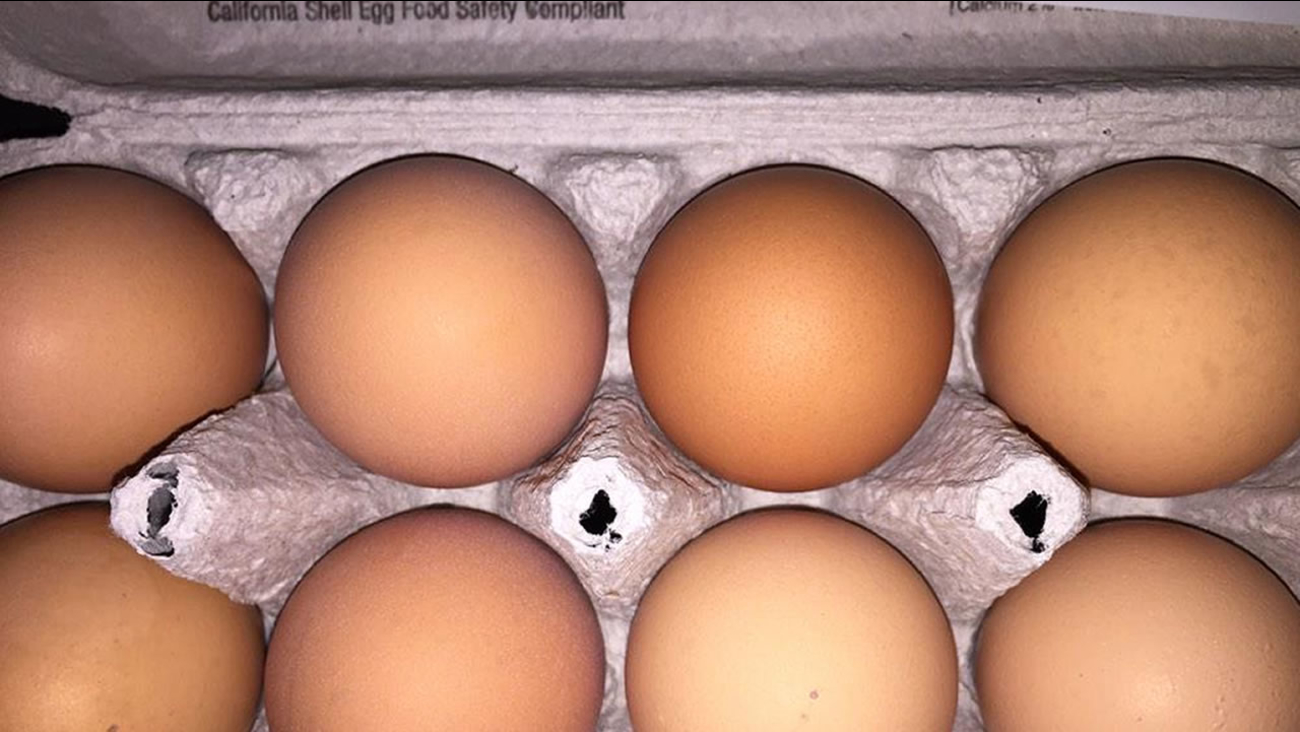 KGO
LOS ANGELES (KABC) -- California's chicken-cage size law, which went into effect on Jan. 1, could translate into an increase in your grocery bills in 2015.

When it comes to prioritizing, is it the chicken or the egg? California lawmakers say it has to be the chicken.

The new law requires farmers to house hens in cages with enough space to stand, turn and stretch their wings. California voters approved the measure back in 2008.

As such, farmers around the country have had to reduce their livestock or build additional accommodations to avoid conditions that were previously acceptable. Egg producers have long said the updated infrastructure will lead to big increases in the price of eggs.

San Jose resident Kyle Wojnar says if the new law means hens are happier then he doesn't mind paying more. "That makes sense to me, at least on a conscious level," he said.

"I think it's a good idea... the way they raise some of the animals and the farming, it's a little inhumane," said Glendale resident Pat Tyson.

On the other hand Karla Isaak wants the better price. "No, I really don't care about the chickens. I just love my eggs," she said.

The farmers additional expenses are already showing up on cartons on store shelves across the state.

"I think chickens should have more room, but I think we shouldn't have our prices raised," said Sandra Bay of San Bruno.

Chickens by law must have more space to move around. A poultry technician at Cal Poly says each chicken will receive 116 square inches of space, up from 69.

Experts worry there could be an egg shortage.

"If you look at the numbers, if we're producing 60 percent before, we're going to be producing about 35 percent of our eggs, that means the other 65 will have to come from out of state producers," egg producer Steven Soderstrom said.

California's out of state egg producers must also meet the new rule.

Industry analysts say egg prices could go up anywhere from 20 cents per dozen to $3.

"They seem to get us either way right? The cost is going to go up so it makes no difference," said Sean Gordy of Burbank.

Check out other new California laws in 2015.