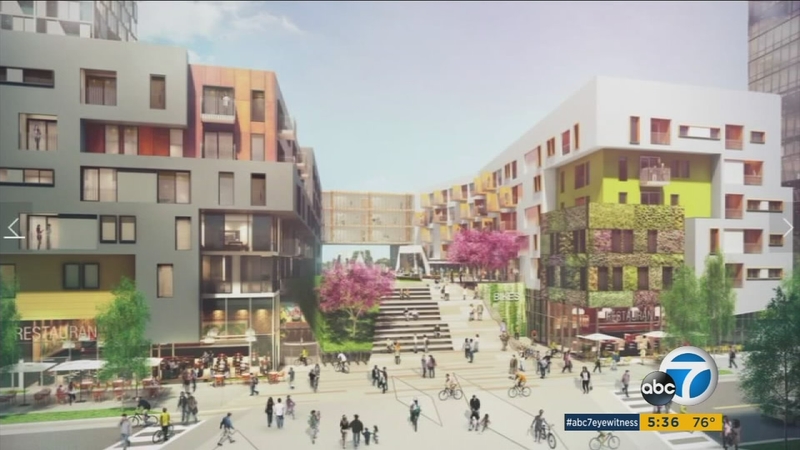 SOUTH LOS ANGELES (KABC) -- A planned mixed-use development project in South Los Angeles prompted a protest Tuesday from some residents concerned over gentrification and housing affordability, while the area's councilman insisted the development will be a boon to the neighborhood.

The proposed Reef project has been a source of controversy for the past two years, alarming community activists such as Union del Barrio's Ron Gochez.

"A single-unit apartment is going to go for more than $2,000 in an area where the average family makes about $24,000 a year," Gochez said. "So this is obviously not something for our community. The rent of everyone who lives within a 2-mile radius is going to go up dramatically."

City Councilman Curren Price, who represents the 9th District located south of downtown L.A., said residents who have struggled to find affordable housing will be among the beneficiaries of the Reef development.

Outside the councilman's district office, protesters held signs that said "Community OVER Profit" and "Curren's Price for South L.A.: $15 million."

The project is envisioned to cover 9.7 acres on Washington Boulevard between Hill and Main streets. Its proposed design includes 528 apartments, 895 condominiums, multiple hotels, a grocery store and 28,000 square feet of restaurants.

"We want development, we want housing, but not at the expense of the community itself," Gochez said.

Price maintained that low-income residents of the neighborhood would not be forced out by the project.

"The suggestion is that if we build on two vacant parking lots that somehow that's going to displace individuals. That's not totally supported by the facts," he said.

He added that he was calling on the Reef's developers to reach out to the community and better explain the project.