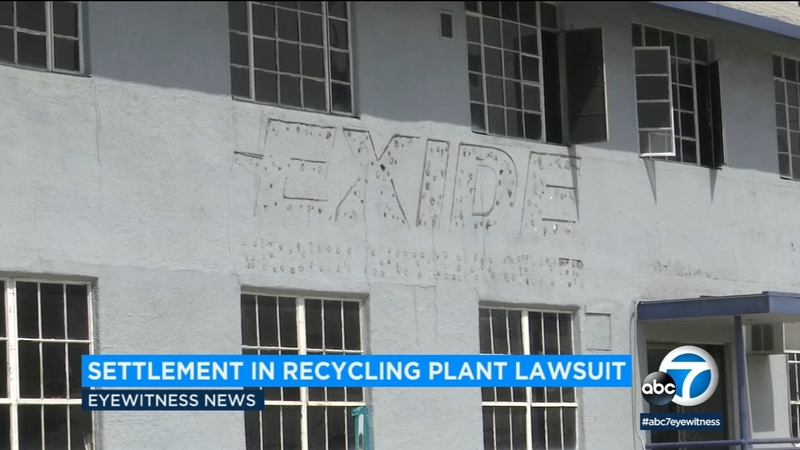 VERNON, Calif. (KABC) -- The Exide battery facility in Vernon has been closed since 2015, but surrounding neighborhoods say they continue to feel the effects from a plant that discharged lead, arsenic and harmful contaminants into the air.

"The damage has already been done. It had to have been closed, but we're having to deal with the aftermath," said Cristina Padilla, who lives in Maywood.

Battery chips from the facility containing lead were transported for years by Wiley Sanders truck lines from Vernon to Bakersfield - 128,000 pounds of them.

"Those hazardous plastic battery casings which were contaminated with lead would leak from the trucks on the ground, on the street. On our freeways, all along that commute, Wiley Sanders endangered the health and safety of so many families," said LA County Supervisor Hilda Solis.

On Thursday, LA County announced the settlement of a lawsuit against the trucking company for $1.82 million. The Department of Public Health will use the funds to pay for additional testing and educational outreach to communities impacted by the Exide facility.

Maywood resident Cristina Padilla says she's happy the money will be spent in the community, but points out the high number of properties that still need to be inspected and cleaned.

"We live so close to that area and there's people's health at risk and it's hard to trace it back to that. If somebody gets sick after this whole thing leaks out, the doctor doesn't know where it came from. It will get diagnosed with something else," said Padilla.