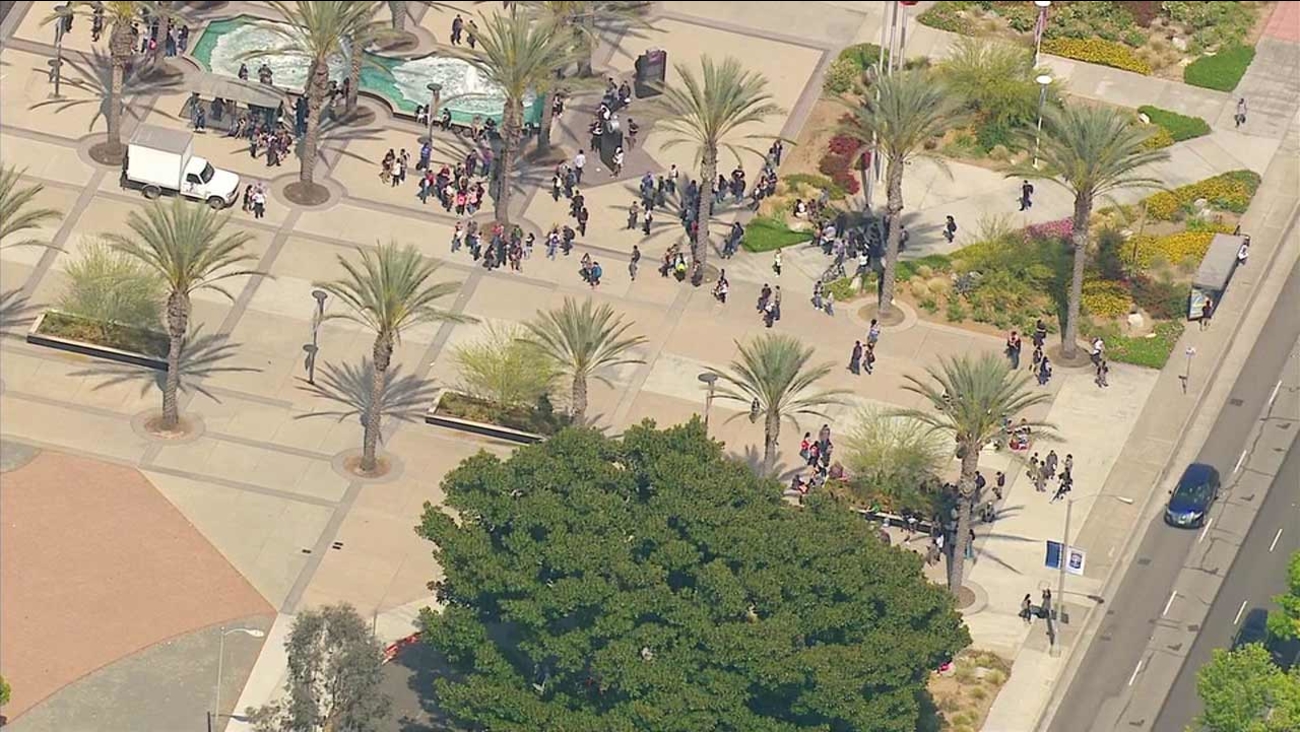 People are seen on the Cal State Fullerton campus after McCarthy Hall was evacuated due to a suspicious package on Tuesday, May 10, 2016. (KABC)

FULLERTON, Calif. (KABC) -- McCarthy Hall at Cal State Fullerton has been deemed safe after it was evacuated Tuesday afternoon due to a suspicious package, school officials announced.

During the evacuation, CSUF warned students to stay 300 feet away from the building. Some classes being held in the building were impacted.

McCarthy still evacuated. Stay at least 300 feet away from the building. More to come. #CSUF pic.twitter.com/IsvZOusJj2

We were all just evacuated from McCarthy hall due to a bomb threat #abc7eyewitness #csuf pic.twitter.com/DGfMPF2U6e

The bomb squad from the Orange County Sheriff's Department arrived to campus to investigate the suspicious package.