CALABASAS, Calif. (KABC) -- A 42-year-old man has been arrested in connection with a string of burglaries in the Malibu-Calabasas area.

Sheriff's deputies conducted an intense search in the Malibu Canyon area Wednesday and located Anthony Rauda, 42. They say he was carrying a rifle at the time deputies encountered him. After a few tense moments, he surrendered to deputies and was taken into custody, Sheriff Jim McDonnell said.

For now, Rauda is just being held on parole violations. McDonnell said detectives are working to develop evidence tying him to the burglaries. Rauda has a criminal history involving weapons and burglaries, McDonnell said.

They are also looking into the possibility that he is linked to the murder of Tristan Beaudette, who was killed while camping with his two young daughters back in June.

At this time, though, McDonnell cautioned that officials cannot say for sure if he is linked to the slaying and he cautioned residents in the area to remain vigilant.

Officials released a photo of Rauda but blurred his face. They say witnesses may be asked in the future to identify him and detectives want to preserve the integrity of the investigation.

Los Angeles County SWAT deputies launched a massive search last week, after an office was burglarized and someone reported seeing a man with a gun.

The most recent burglary happened early Tuesday morning at the Agoura-Calabasas community center. Detectives say the person who used a rock to break a glass door and a vending machine at the center could be the same suspect in eight other burglaries, including one from a week ago at Malibu Valley Farms. Investigators say in that case, a man who took only food was seen on video carrying a rifle.

McDonnell said there have been other unsolved burglaries in the area dating back to 2016.

Amid news of the arrest, sheriff's deputies appeared to be collecting boxes and garbage bags of evidence from a campground just north of Mulholland Highway. 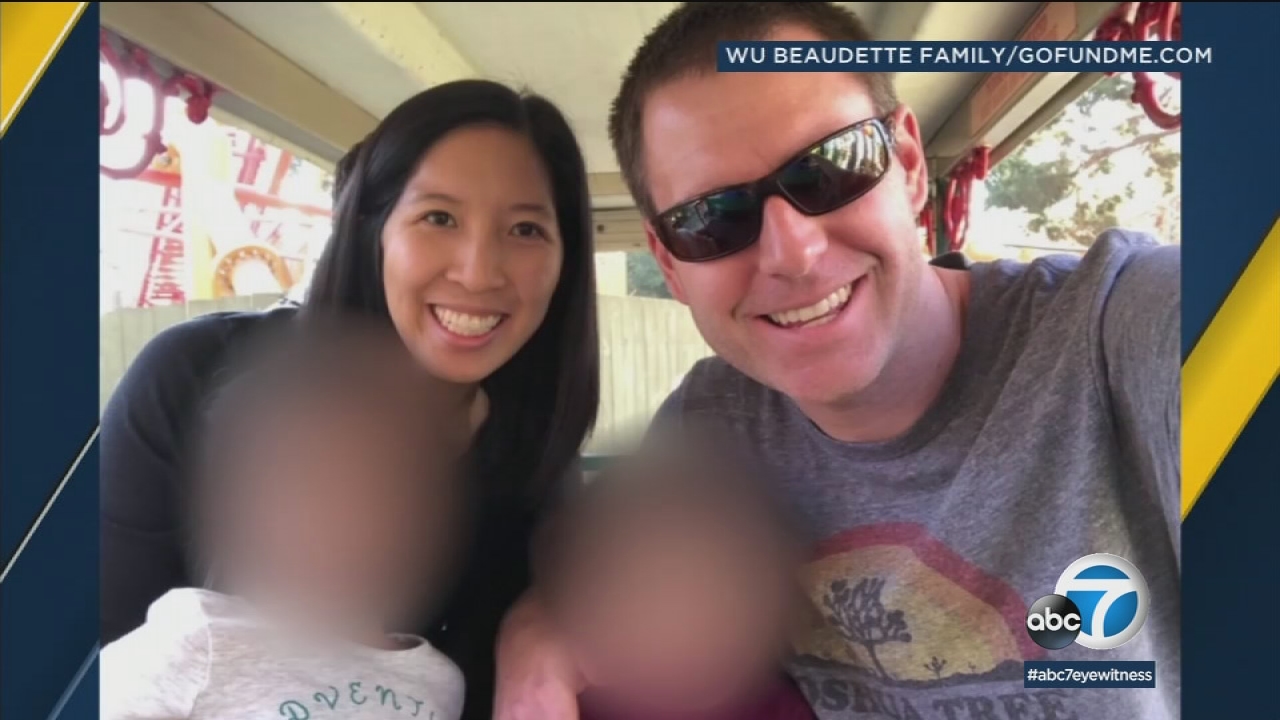 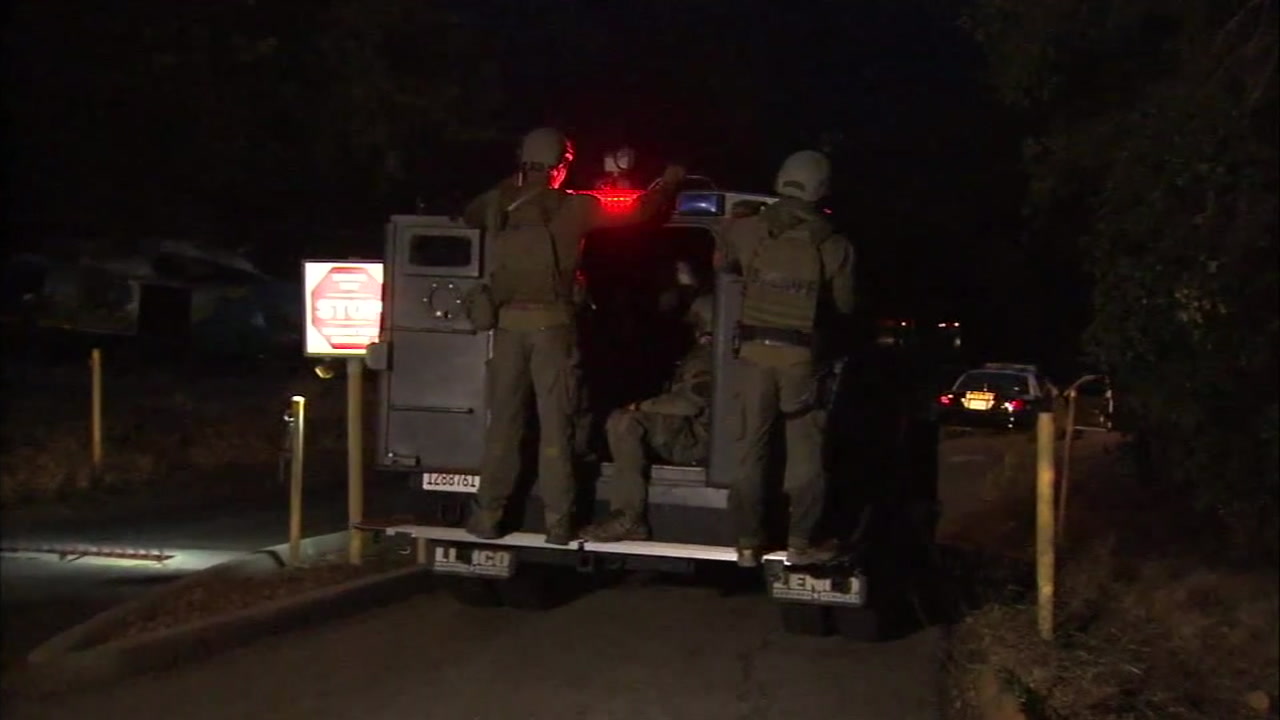 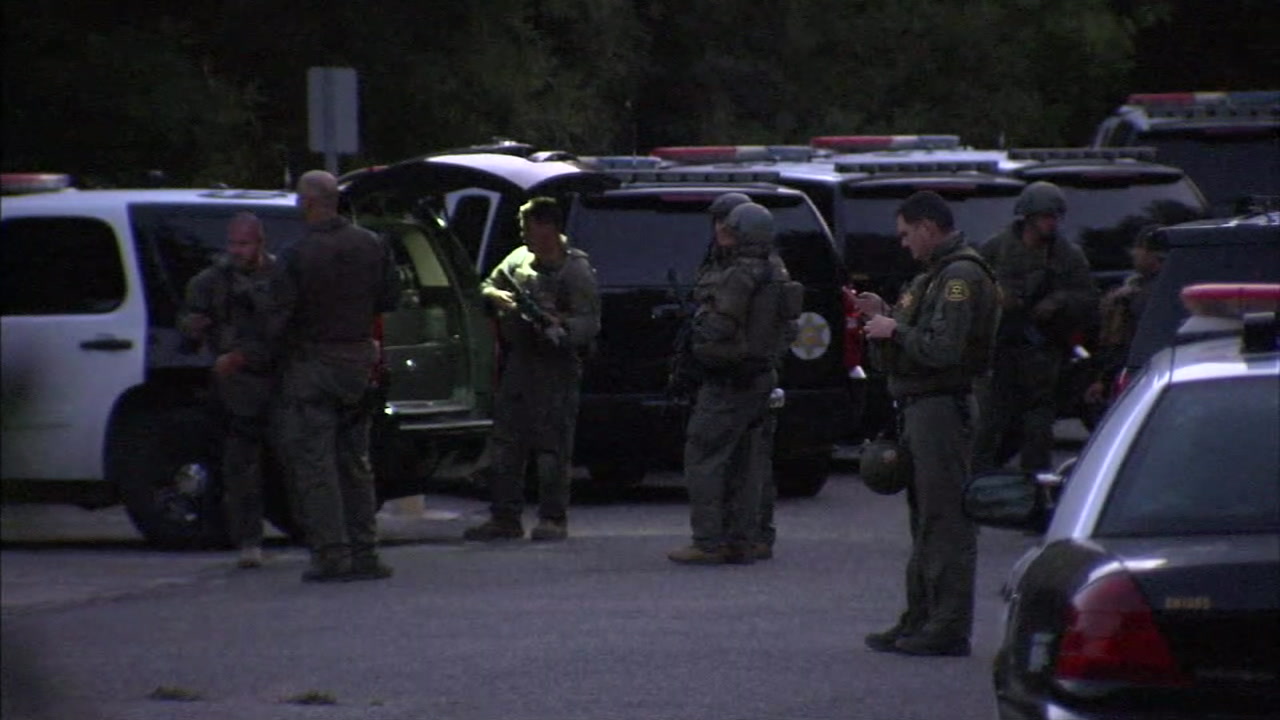