Small brush fire breaks out along 101 Freeway in Calabasas 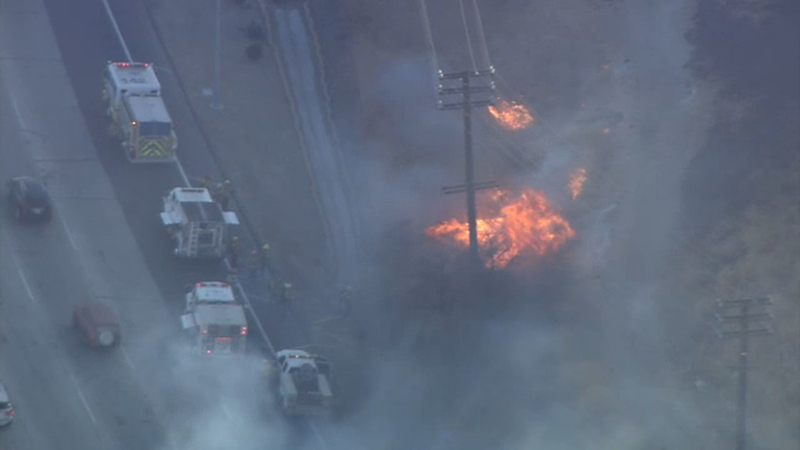 Brush fire breaks out along 101 Freeway in Calabasas

The second alarm fire, dubbed the Oak Fire, ignited before 9 a.m. along the eastbound side of the freeway by Las Virgenes Road. The blaze has burned at least 10 acres of heavy brush and was moving uphill, according to the Los Angeles County Fire Department.

Good news on the Oak Fire at 101 and Las Virgenes. The fire is out. No structures lost. Nobody hurt. Be alert, stay prepared. Conditions can change quickly. Go to https://t.co/AV8cNVEROt and get emergency notifications on your mobile phone.

Two lanes of the eastbound side were closed, as well as the off-ramps at Las Virgenes, according to the California Highway Patrol.

🔥OAK FIRE🔥Per @LACoFD_DivVII, the forward progress of the fire in Calabasas near 101 Fwy and Las Virgenes has stopped. The fire is holding at 10 acres. The fwy ramps at Las Virgenes are closed, however, the 101 remains open in both directions. #oakfire