Basketball coach Jena Laolagi said she was let go on April 13 and isn't sure why.
KABC
By Carlos Granda 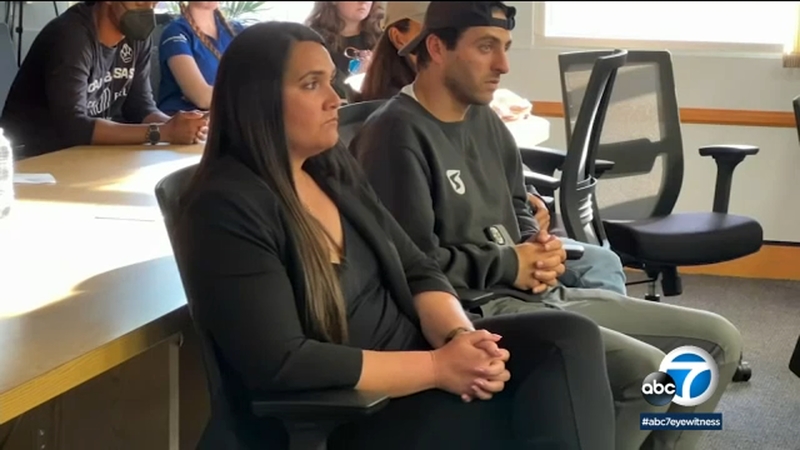 CALABASAS, Calif. (KABC) -- It was standing-room only during a Las Virgenes Unified School Board meeting where parents and students were frustrated.

The controversy is over the firing of Calabasas High School basketball coach Jena Laolagi.

"I was just given no reason as to why I was not renewed for next year," she said.

Allegations made by parents and others claim the reason is because Laolagi did not give the superintendent's daughter playing time on the team.

According to parents, Laolagi brought the girls team to a winning record.

During Wednesday's board meeting, students expressed their disappointment.

"The coach, who has given her heart to the program, was fired and I still have no idea what valid reason there was to do so or if there's any at all," said one speaker.

"I believe that Jena is the heart and soul of this program and her firing is probably one of the worst decisions to ever be made," said another student.

Laolagi said the outpouring of love and support from the families the community has meant the world to her.

Meanwhile, the district issued a statement, but didn't directly address the firing.

"... We look for coaches that promote the academic success and emotional well-being of our student athletes," read the statement. "At times, the responsibility to maintain these expectations requires that we make changes to our staffing."